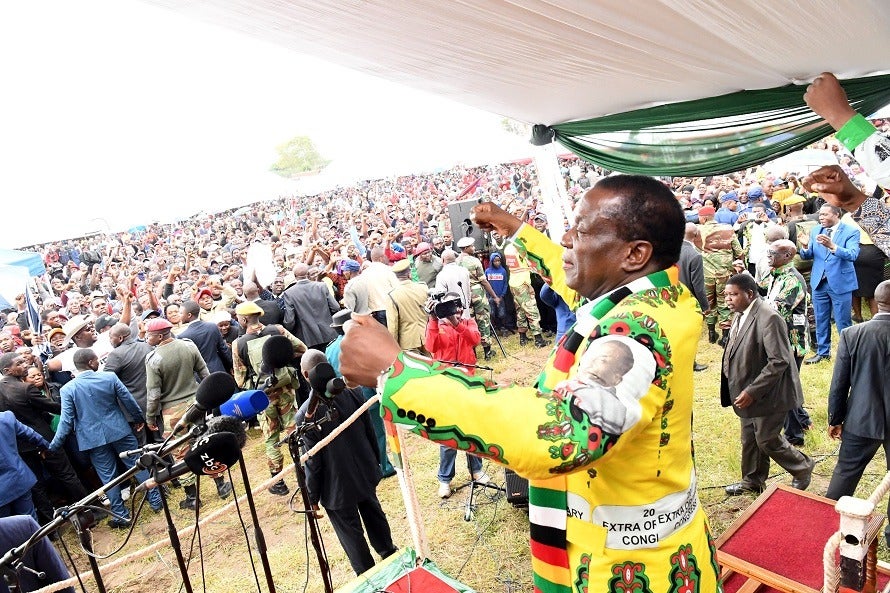 THE ED Pfee singer who was on Tuesday denied bail for rape allegations by the court and ordered to seek bail at the High Court was yesterday brought to the same court and granted bail by another magistrate under unclear circumstances.

Admire Sanyanga, who was initially denied bail by magistrate Rumbidzai Mugwagwa, was yesterday granted $200 by magistrate Barbara Mateko after the intervention of the Prosecutor-General Kumbirai Hodzi.

The State on Wednesday opposed bail, saying Sanyanga should approach the High Court, but surprisingly, the State yesterday said the PG’s Office was now consenting to bail.

It is suspected that there was interference in the case of President Emmerson Mnangagwa’s praise singer.

Sanyanga is accused of raping a maid employed at a house where he was receiving spiritual healing.

The 18-year-old complainant was allegedly raped at Sanyanga’s apartment after he asked her to assist him with his luggage.
The alleged rape came to light when the complainant’s employer read her diary and came across the recorded statement.

While addressing the court, prosecutor Sebastian Mutizirwa indicated that the State had shifted its position and was consenting to Sanyanga’s admission to bail.

No reasons justifying the position were proffered.

Mateko granted the accused person bail and ordered him to report to the nearest police station twice a week on Mondays and Fridays.

She also ordered him not to interfere with witnesses and to continue residing at the address he gave to the police until the finalisation of the matter.

He will be back in court on September 6, and not the initial remand date of September 10.

Allegations are that on July 30, 2019 at around 1pm, Sanyanga asked the complainant to assist him carry his luggage from the house where he was receiving spiritual healing to his house and she agreed.

When they arrived at Sanyanga’s flat, the complainant stood outside the door, but he invited her inside, an invitation she declined.

He allegedly dragged the girl to get into the apartment, where he then raped her.

The girl recorded down the rape in her diary and hid it in her bedroom and the matter came to light when her employer came across the diary and went through it. A police report was made, leading to Sanyanga’s arrest.