Phase III: Pupils back in class 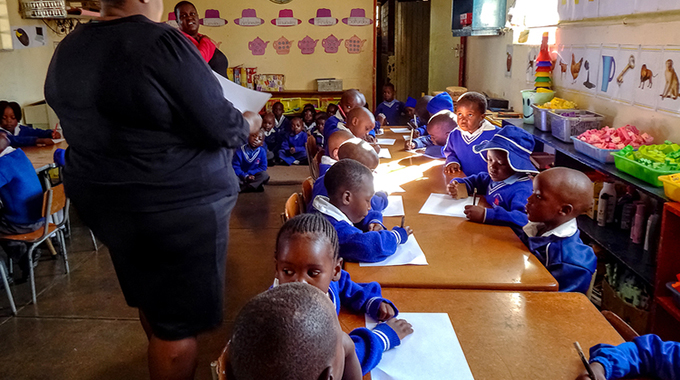 Classes for learners from Early Childhood Education up to Grade Five, as well as Form Ones and Twos start today amid calls for Government to avail more buses to ferry day scholars.

Government is implementing the last phase of the school re-opening strategy.

The phased reopening, approved by Cabinet in September was being done in three stages.

Yesterday, learners who were going to different boarding schools were gathered at various pick-up points dotted across Harare.

Some parents who spoke to The Herald appealed for more buses to ferry children to and from school.

“The Zimbabwe United Passenger Company will scale up its operations and scheduling initiatives to ensure that the commuting public is not disadvantaged.

“We have a schedule of pick up points which we published September 30, 2020 to notify commuters, especially learners of the designated pick up points for our buses.

“We have positioned point monitors at these points to ensure that order prevails as well as to keep updating our operations team on the prevailing situation at designated points,” she said.

However, parents felt that the initiative by Zupco is not enough since children were spending long hours in queues.

Some suggested that learners should be given first preference, especially in the morning while others said Government should provide more buses.

“We are happy that at last schools have opened. However, our children are facing transport problems. I have a child who goes to school in Mbare yet I stay in St Mary’s in Chitungwiza. I am pleading with the Government to avail more buses through Zupco so that our children can attend school in time.

“Now that private commuter omnibuses have been banned from operating, it is incumbent for more buses to be on the roads, for the sake of our children,” said Mr Wilson Chikomo from Chitungwiza.

In keeping with social distancing rules, classes must be smaller and so more teachers are being employed, classes might be split and steps taken to ensure no class will have more than 30 pupils in one classroom, a measure that will help teachers in the catch-up process.

Also Government is encouraging hot-sitting at schools that may have inadequate infrastructure and resources to properly implement Covid-19 prevention regulations.

Further, Government has put in place guidelines to monitor learners’ individual performance levels and compare them to where one was at the close of the first term when schools were shut.