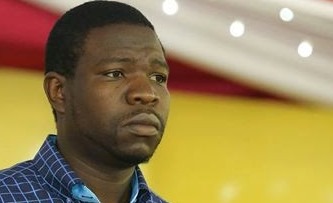 THE tax trial of Prophetic Healing and Deliverance Ministries (PHD) church founded by self-proclaimed prophet Walter Magaya kicked off yesterday, with the church pleading not guilty to all four charges.

PHD ministries, which is being represented by Nelson Marimo is charged with failing to declare more than $28 million tax accrued from 2013 to 2018.

The church is accused of breaching the Income Tax Act, failing to keep proper records, failing to declare records and failure to uphold the Employees Act.
Marimo denied the allegations, and said their tax affairs are compliant with the law.

The church’s lawyer Admire Rubaya, accused the State of attempting to embarrass the church which he said did not realise any taxable income as it only received donations, tithes and contributions from its members.

“All the amounts of monies received by the accused person are exempted for from income tax considering that these receipts and accruals are donations, tithes offerings from its members nothing more,” Rubaya said.
He added: “The accused asserts that these are completely malicious allegations designed to embarrass it.

“The accused is a victim of dragnet approach being perpetrated by the State for reasons meant to destroy the church yet there is no offence at all committed by the accused in the manner alleged.

“Accused’s tax affairs are compliant with the law,” he said.
Zivanai Macharaga of the President’s Special Anti-Corruption Unit alleged that sometime in October 2018, Zimra conducted tax investigations and recovered financial statements from PHD for the period extending from 2013 to 2017.

The court heard that Zimra also recovered financial statements from the Commercial Bank of Zimbabwe which were submitted by PHD for loan application.

It was alleged that during that period PHD did not submit income tax returns to Zimra.
The court heard that during the same period PHD paid remuneration amounting to $950 522.99 to Tendai Magaya into her personal Stanbic bank account.

PHD also transferred remuneration of $2 403 658.24 to Walter Magaya’s Stanbic bank account and on both occasions PHD evaded tax by not paying Pay As You Earn tax.

It was alleged that PHD had no records of all goods and services that it sells and purchases in violation of the VAT Act.

It was discovered that on VAT returns for the said period, PHD failed to declare exports made and had submitted VAT returns with false entries again further contravening the same tax regulations.