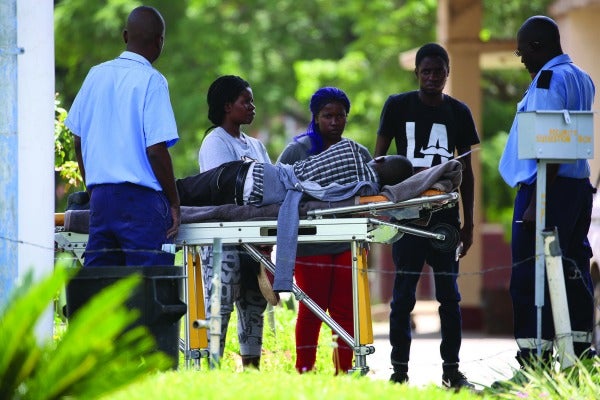 The National Physicians Association of Zimbabwe (Napaz) has announced new Zimbabwe dollar fees that will see patients fork as much as ZWL$3 750 a day for being admitted into Intensive Care Unit, Coronary Care Unit and High Dependency Unit.

The new fees are in response to government’s decision to ban a 10-year-old multi-currency system, directing that all local transactions be made in the ZWL dollar.

Previously, Napaz members used to charge for their services in United States dollars until the new legislation demanding that all local transactions be done solely in ZWL$.

According to a circular by Golden Fana, Napaz secretary-general, initial consultation now costs ZWL$1 800 while reviews attract a charge of ZWL$1 050. The initial consultation at the hospital attracts a charge of
ZWL$1 800 and subsequent consultation at hospital after the first four days will be charged at a similar rate.
“In light of the recent announcement of the SI142, introducing the Zimbabwean dollar, as the sole legal tender, the NaPAZ executive met today (Tuesday) and agreed on the following,” part of the circular read.

“To transition from the multi-currency-based tariffs to Zimbabwe dollar-based tariffs listed below are immediately effective as the interim tariffs pending clarity on the market and consultations.

The circular concluded: “To enable members to contribute to this matter, the executive is calling for a meeting of the Napaz membership on Saturday July 6, 2019 at 12hrs to be held at MDPCZ boardroom.”
Fana refused to comment on the circular yesterday.

The new charges are set to further exclude the majority of Zimbabweans, most of them earning an average of ZWL$500 per month.