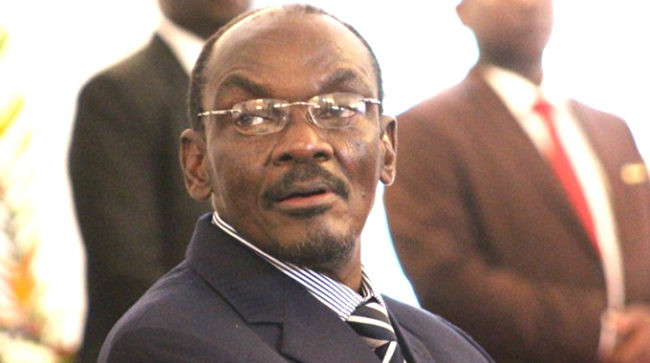 VICE-PRESIDENT Kembo Mohadi’s estranged wife Tambudzani Mohadi (nee Muleya) has accused the Beitbridge police of being afraid of investigating her powerful former husband after she made a complaint of assault in April this year.

Muleya made the claim in a letter to the officer commanding police in Beitbridge, where she demanded to see the docket the police compiled on Mohadi after she reported her case.

She claimed the police was dragging its feet in handling the Mohadi case after she filed her complaint against her former husband way back in April and nothing has been done.

Muleya and Mohandi are divorcing before the courts over what the VP claims to be irreconcilable differences.

A fight over property forced Mohadi to allegedly use an axe to open doors, threaten to shoot his former wife, and get away with three vehicles.

Muleya claimed that about 25 local police officers and aides witnessed the drama, where the VP also reportedly used a steel bar to poke his ex-wife before threatening to kill her.

The lawyers are now demanding to see Mohadi’s docket or to have the police open it against the VP.

“We now seek your assistance in establishing whether a docket was opened with regards to the complaint made by our client,” the lawyers wrote.