Police ban use of dangerous weapons until August 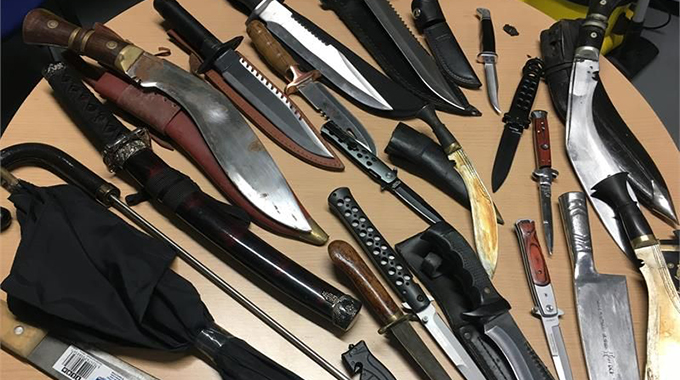 Police have banned for three months, members of the public around Gweru rural communities from carrying machetes and other dangerous weapons in a bid to reduce increased murder cases that have been occurring in the area.

“This prohibition order has been issued in terms of Section 4 of the Maintenance of Peace and Order Act Chapter 11:23 which says any person failing to comply with such a prohibition shall be guilty of an offence and liable to a fine not exceeding level 5 or imprisonment for a period not exceeding six months or to both such a fine and imprisonment,” said Insp Mahoko.

He said the ban will be effective for three months from Tuesday next week to 16 August.