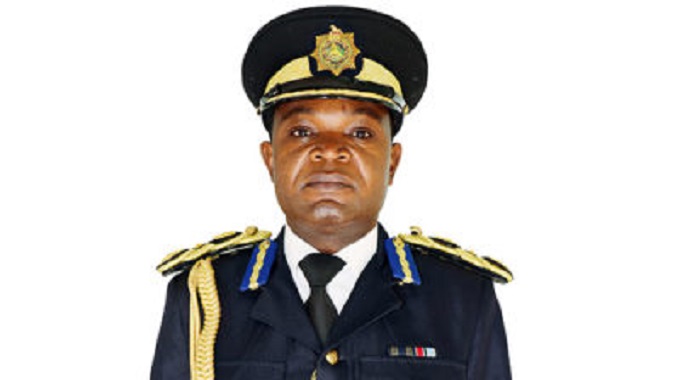 Robin Muchetu and Munyaradzi Musiiwa, Sunday News Reporters
AT least 9 265 motorists driving unregistered vehicles have been arrested since September while 21 209 others operating pirate taxis were also arrested since the beginning of the year as police intensify their clampdown on errant drivers.

Also police officers manning roadblocks have been warned against corruptly conniving with kombi drivers who are not registered with the Zimbabwe Passenger Company (Zupco) after allegations that they were accepting bribes to allow them passage.

Since last week law enforcement agents are mounting roadblocks along most roads linking suburbs and the central business districts in most towns and cities impounding vehicles that have either not registered with Zupco and those using fake Zupco stickers. Asst Comm Nyathi said the blitz was not limited to urban areas but would cascade to all districts in the country.

“At least 9 265 motorists driving plate-less vehicles were arrested to date as from September 16 while 21 209 motorists operating mshikashika vehicles were also arrested from January 1. At least 1 408 beerhalls operating outside stipulated rules and regulations were also accounted for. Government recently announced that police would intensify a clampdown on mshikashika.

“Motorists should comply with road rules and regulations as well as the Covid-19 lockdown regulations. Most of these vehicles that have been impounded were being used for the commission of offences such as robberies and hit and run accidents,” said Asst Comm Nyathi.

A survey conducted by the Sunday News over the past few weeks in Bulawayo’s Central Business District, revealed that several operators including pirate taxis (Honda Fit) are back on the road at undesignated pick up and drop off points where they have once again become a menace as they are illegally occupying those places.

Since the Government announced a national lockdown in March police roadblocks and checkpoints have become the order of the day but illegal operators manage to pay their way past the points carrying passengers every day.

Some operators have openly said they pay a passage fee of US$2 each morning at checkpoints along the routes that they operate from which ensures their “safe” and “hassle” free movement throughout the day. The money is allegedly paid to police officers that would be manning the roadblocks for that day, such that the kombis do not get arrested for violating lockdown regulations.

Asst Comm Nyathi said police officers that are assisting illegal operators to be on the roads would be investigated.

“If they are passing through police checkpoints that means police officers must also be investigated. I will find out from commanders on what is happening so that action can be taken. I want to implore police officers to adhere to law enforcement measures put in place. If there is connivance between police officers and kombi drivers or operators, definitely action will be taken,” added the police spokesperson.

“I can assure you that action is being taken, on a daily basis pirate taxis are being arrested together with kombis carrying passengers outside national lockdown regulations.”

Asked on whether they do not fear being exposed to Covid-19, passengers who use these kombis on the other hand said they have never seen the kombis being disinfected but were desperate for transport.

“We board them every day and we have never seen them being disinfected and because we are desperate for transport, we just board them to ensure we reach our homes. The queues for Zupco transport are just bad, we can hardly get a ride, if you do, you get home very late as there are always a lot of people who want to get transport. So, we have no option but to go to the illegal pick up point and use the unregistered vehicles,” said a passenger.

“We are waiting for them to allow us to operate within the city as we have already complied with the required Covid-19 regulations of providing Personal Protective Equipment (PPE) for the drivers and conductors. We are still waiting for the outcome of our court case too,” he said.

Tshova Mubaiwa has through the courts challenged the Government’s position on Zupcos’ monopoly saying they also want to resume operations but not under the Zupco franchise.

They also say kombi drivers and conductors have been supporting families through working at the cooperative but many livelihoods have been lost since the onset of the lock down saying they have also been shut out by not operating under the Zupco franchise.

Nonetheless, Local Government and Public Works Minister July Moyo said there were no prospects of commuter omnibuses returning on the roads as the Government is working on strengthening urban transport systems through Zupco in order to bring sanity in cities and towns.