BUSINESSMAN Frank Buyanga has sensationally claimed that Zimbabwe Republic Police Commissioner-General Godwin Matanga is unfit for office and pleaded with President Emmerson Mnangagwa to fire him. 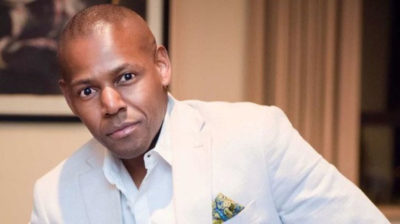 Buyanga made the claims in a letter to Mnangagwa seeking his intervention after the police boss labelled him a fugitive.

He accused Matanga of bias in the way the police handled his dispute with estranged girlfriend Chantelle Muteswa over the custody of their minor son. He said the police exhibited bias in enforcing court orders between him and
Muteswa.

“This bias is disgusting and to me, he is unfit for the office he holds,” Buyanga said in his letter dated May 13.

“I have no respect for his decision to continue in his role, though I would prefer a situation where he is suspended pending investigations into his conduct.”

Buyanga was reacting to Matanga’s claims that he is a fugitive from justice. The controversial businessman said Matanga’s utterances were not only mischievous, but defamatory.

He claimed his reputation was now at stake, which affects his businesses which are global.

“For the commissioner-general to label me a fugitive from justice is mischievous at least and defamatory at worst as my reputation is at stake. These reckless statements have a negative impact on my global standing in business,” Buyanga said.

He said he did not wish to direct the thinking of Mnangagwa, but as an affected citizen, he had the right to register his concerns over Matanga’s conduct.

The businessman said Matanga had ignored his call for action after Muteswa violated the law and chose to be selective in his application of enforcement of a contempt of court order against her.

Buyanga also wrote another letter reporting Matanga to the Zimbabwe Anti-Corruption Commission over what
he said was open bias by the police boss which he claimed bordered on criminal conduct.

The businessman has been in and out of court over custody of his minor son.

He has also accused High Court judge Justice Jacob Manzunzu of corrupt conduct in the way he handled his case
and accused Mnangagwa’s son, Collins, of interfering in the custody dispute.