DETECTIVES from the Commercial Crimes Division have launched a manhunt for six Harare City Council employees who are at large over the US$1 million Kuwadzana stands scam involving director of human resources, Matthew Marara. 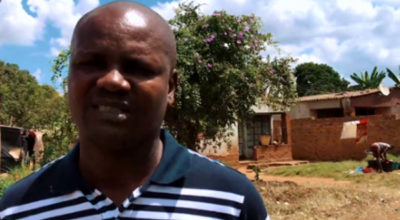 To date, 11 employees including Marara have been arrested and appeared in court. They were remanded in custody.

They are facing charges of fraud or alternatively criminal abuse of duty as public officers as defined by section 136 of the Criminal Law (Codification and Reform) Act.

According to a leaked police memo seen by NewsDay Weekender yesterday, the detectives are yet to arrest six outstanding employees to bring the number nabbed in connection with the case to 17.

Allegations are that Marara, who was acting HCC director of housing and community services before being moved to his new portfolio, between 2017 and 2018, connived with the employees from different council departments and allegedly hatched a plan to defraud the local authority.

In executing the plan, they identified open spaces in Kuwadzana 3, 4, 5 and 6, and allegedly created a fictitious payment scheme and originated fake layout plans.

They fraudulently connected water and created sundry accounts for the purpose of selling the stands to homeseekers.
Thereafter, a total of 150 stands in Kuwadzana area were allegedly handed over to Tapiwa Gona, already on remand, for sale, who disposed of them through Northway Real Estate Agency without council approval.

Proceeds from the sale were received by Northway Real Estate, which then deposited the money into Gona’s personal CABS bank account 1002651433.

Gona would then share the funds received from Northway Real Estate Agency with various local authority employees, including Marara.

To cover the offence, Marara allegedly signed fraudulent provisional allocation letters which were put into files created for each stand in Kuwadzana 3, 4, 5 and 6 under the alleged pay scheme.

The offence was then discovered through a tip-off, prompting a report to the police which led to the arrest of some of the employees who were put on remand after implicating Marara.

Marara was first arrested on February 4 this year and taken to court, but the prosecution directed that the matter proceeds by way of summons after completion of investigations.

Investigations were completed on June 1 and he was eventually taken to court for initial remand on July 1.
As a result of the alleged fraud, council suffered financial prejudice of US$1 141 779,50 being the value of the stands disposed of and nothing was recovered.