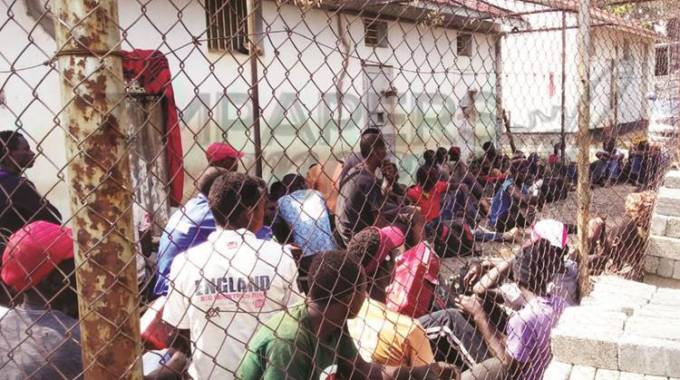 “The arrests were made in pre-dawn raids on Monday and Tuesday, while several items comprising 63 compressors, five generators and other equipment used in mining gold were recovered.

Comm Mahoya said illegal mining activities have led to robberies, murder and assault by machete-wielding gangs.
The most affected areas are Mazowe, Glendale, Bindura and Shamva, where thousands of artisanal miners have been attracted by abundant gold.

Comm Mahoya said prostitution and drug abuse within mining areas were also on the increase, prompting police to move in and restore law and order, especially at Jumbo Mine in Mazowe, Kitsiyatota, Garati, Makusha and Shamva.
Since January 1, a total of 1 621 illegal gold miners have been arrested in Mazowe and Shamva under the blitz.

About 30 arrests were made under “Operation No to Dangerous Weapons”, while 55 hammer mills, 54 generators, 47 water pumps, nine machetes and 447 explosives were recovered.

Comm Mahoya said police were making use of information communication technologies to curb criminal activities which have become sophisticated.

“We are not lagging behind in adopting technology and modern ideas and strategies to create a conducive environment for economic development,” he said.