Police submit over 100 reports on Dzamara 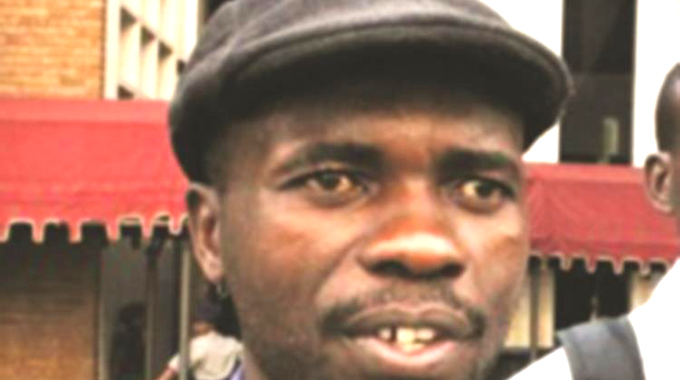 Investigators are working closely with human rights lawyers in compliance with a court order issued five years ago.

The High Court compelled the police and intelligence officers to “do all things necessary to determine his whereabouts, including advertising, within 12 hours of the granting of this order, on all State media including all radio stations, ZTV, The Herald and Chronicle”.

According to the court order, the police and CIO were required to despatch a team of detectives to work with lawyers appointed by Zimbabwe Lawyers for Human Rights to search for Mr Dzamara.

They were also ordered to report progress of such search to the Registrar of the High Court by 4pm every Friday fortnightly until his whereabouts were determined.

Since March 2015, police have been submitting updates on investigations.

A record in the High Court gleaned by The Herald yesterday indicated that 113 reports had been filed by police although no inroads had been made.

“The whereabouts of Itai Peace Kudakwashe Dzamara of House Number 11640 Glen View 7, Harare, who went missing since 9 March 2015, remains unknown,” reads the report from the Police General Headquarters sent to the Civil Division in the Attorney-General’s Office.

“No new information about his whereabouts has been received so far. The reward offered by the police of $10 000 is still standing. Police is still appealing to anyone with information to come forward to help in the investigations.”

The AG’s office in turn submitted the report to the Registrar of the High Court.

Permanent Secretary for Information, Publicity and Broadcasting Services Mr Nick Mangwana said Government had been making regular appeals to the public to supply information that may lead to the establishment of Mr Dzamara’s whereabouts.

He was responding to comments by the European Union (EU), which called on the Government to shed light on Mr Dzamara’s case.

Mr Mangwana said police reports submitted to the High Court in compliance with an order of that court were available for the public.

He expressed concern over undiplomatic insinuation that the Government did not intend to shed light on Mr Dzamara’s whereabouts.