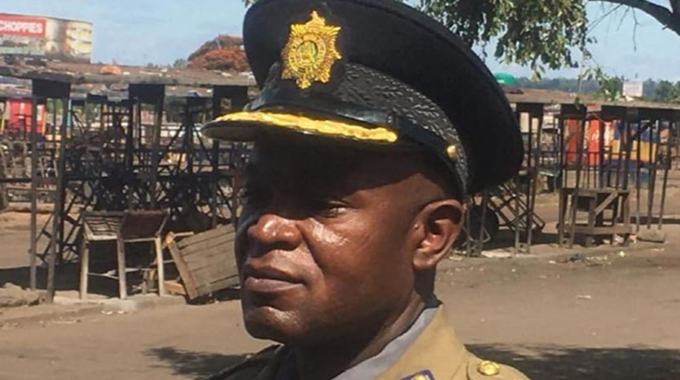 Crime Reporter
Police arrested 1 232 people countrywide on Wednesday for violating national lockdown regulations, amid concern over the high numbers of people who continue to break the curfew, especially motorists who are seen driving around late at night.

Of the 1 232 arrested, 181 had violated the Road Traffic Act, 20 for operating businesses without exemption documents, 625 for unnecessary movements, 213 for not wearing masks, while 187 were for other miscellaneous offences.

National police spokesperson, Assistant Commissioner Paul Nyathi, said they will remain firm on the ground and will continue to arrest anyone caught breaking the law.

“We have noted that there are still some movements during the night,” he said.

“People should take note of the curfew order that was made. The 8pm to 6am curfew should be strictly observed.”

Some private vehicles are seen driven around night, while some people frequent beerhalls and shebeens.

Asst Comm Nyathi said social distancing was not being observed by many people, with others not properly wearing masks, if at all.

Since March 30 when Zimbabwe got into lockdown, 145 802 people have been arrested countrywide for violating lockdown regulations, with almost all of them paying admission of guilt fines, although more serious offenders went to court.

“Police and other security services are, however, deployed to ensure that all the safety measures are complied with,” said Asst-Comm Nyathi. “They will remain firm on the ground and continue manning roadblocks until there is sanity.

“We have, however, also noted that some criminals are moving around during the night, taking advantage of the current situation. Let them be warned that they will be arrested and face the full wrath of the law.”

On Tuesday, curfew hours were cut to between 8pm and 6am, while business hours were restored to between 8am and 4:30pm to ease the plight of the public and lower the risk of Covid-19 infections by cutting crowding.

At the same time, returning residents can go home as soon as they have a negative PCR test and promise to self-quarantine for 21 days.

Businesses and their customers had been complaining that the restriction of operating hours for exempted businesses and the retail end of many essential services had resulted in crowding outside the business premises.

Public transport drivers are now required to be tested regularly and legal buses and commuters omnibuses will get dedicated lanes to expedite their passage.