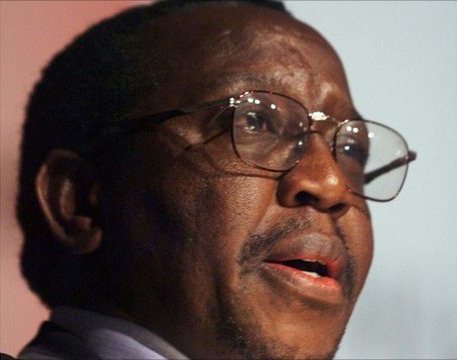 HARARE – The ruling party has all but shut its door on the majority of members of the Generation 40 (G40) faction who were seeking to re-join Zanu PF, nearly a year after they were given their marching orders.

Addressing journalists at the Zanu PF headquarters after the meeting of its politburo yesterday, the ruling party’s information Tsar, Simon Khaya Moyo, said out of more than a dozen applicants who had applied for readmission, only former deputy Tourism minister Annastancia Ndlovu had been readmitted.

“The party’s secretary for legal affairs Paul Mangwana gave a national disciplinary committee report and the politburo resolved that (Kudzanai) Chipanga should not be readmitted into the party for now subject to continuous review of that position,” Khaya Moyo said.

“Regarding (Innocent) Hamandishe, the politburo resolved that he remains expelled while Ndlovu has been readmitted as a card-carrying member but cannot hold any position in the party for two years,” he added.

Chipanga, the party’s former youth league secretary and Hamandishe –the league’s secretary for the commissariat – had applied for readmission, but Zanu PF’s supreme decision-making organ in between congresses felt they should remain in the political Siberia.

The politburo, Khaya Moyo said, also resolved to refer to provinces for more information, the cases of other applicants who include former Health minister Paul Chimedza and other officials from Matabeleland South Province.

This was after Chipanga, former secretary for administration Ignatius Chombo and ex-Foreign Affairs minister Walter Mzembi had written letters of apology, asking to return to the party.

Zanu PF has since 2014 expelled hordes of bigwigs as a result of nasty factional fights spawned by former president Robert Mugabe’s succession.

In 2014, it severed ties with its first female vice president Joice Mujuru whom it accused of plotting to seize power from Mugabe using unconstitutional means.

Several officials, among the Didymus Mutasa, Rugare Gumbo, Kudakwashe Bhasikiti, Dzikamai Mavhaire and Jabulani Sibanda were also dismissed from the party for hobnobbing with Mujuru.

However, at its last politburo meeting at the beginning of this month the Zanu PF politburo readmitted Mutasa and Sibanda while Mavhaire and Bhasikiti have since joined the opposition MDC led by Nelson Chamisa.

At the height of G40’s influence between 2014 and October 2017, the faction dismissed and suspended several members of a rival Team Lacoste faction which was backing then vice president Emmerson Mnangagwa to succeed Mugabe as it sought to clear the pathway for Grace Mugabe to succeed her husband.

But Team Lacoste triumphed through a military-backed operation that deposed Mugabe, turning the tables against G40.

Team Lacoste reinstated its suspended and fired members, including Mnangagwa, who dramatically bounced back to take the leadership of Zanu PF and the country.