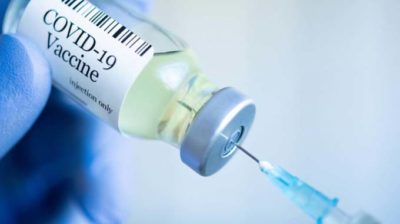 ZIMBABWE launched its COVID-19 vaccination campaign in February this year as the pandemic threatened to overrun the country’s health delivery system.

But slightly over half a million people out of a population of about 16 million has been vaccinated to date.

Health authorities are targeting to vaccinate about 60% of the population to achieve herd immunity and current statistics have proven that the country is still far from its target.

Although the vaccination programme is voluntary, President Emmerson Mnangagwa early this year threatened to roll out compulsory inoculation as the country is still at high risk of being overrun by new and harsh variants of the disease because of its rickety public health system.

“You are not forced to be vaccinated, but time shall come when those who are not vaccinated won’t get jobs and won’t be able to board Zupco buses. So you have to see what you can do now, the vaccines are free,” he said.

After Mnangagwa’s threats, presidential spokesperson George Charamba weighed in, urging citizens who resist vaccination to be prepared to face the trade-off.

“Testing strong snuff by nostrils: Well, there you have it folks! The President of Zimbabwe, Cde ED Mnangagwa, today broke his silence on whether or not the COVID-19 vaccination remains voluntary forever” Charamba tweeted.

“Those wishing to abstain from the vaccination programme are free to do so for as long as they accept the onerous trade-off: namely that they may have to be barred from public spaces, including accessing offices, shops or riding on mass transits like Zupco.”

A recent snap survey conducted by NewsDay in Mashonaland East province indicated that the public still lacks basic information on the vaccine, making it difficult for them to make informed decisions on whether or not to get inoculated.

Nelson Zimuto, a villager in Musami, said they just heard about the nationwide vaccination programme, but were yet to fully appreciate its purpose, with the situation compounded  by fake news channelled through social media platforms.

“I have not made up my mind on getting vaccinated yet because I have heard a lot of disturbing news about the vaccines from social media,” Zimuto said.

“We don’t even know where we can get vaccinated, we hope to get information from national television and radio stations, but these too are not living up to expectation. It would be good for us if we were thoroughly educated on the vaccine.”

Zimuto’s wife, Anna, concurred, saying the long distances they have to travel to the nearest health centre was another factor which makes it difficult for people in the rural areas to take up the vaccine.

“We are very far from the nearest health centre, Musami Hospital, which is over five kilometres from here. We only know bits and pieces about the vaccine. We only know there are Chinese vaccines, but we don’t know much or what they do or how they work, we just know that eventually we have to be vaccinated,” she said.

NewsDay Weekender met two elderly ladies at Murewa District Hospital, who said they didn’t know anything about vaccination, yet they were entitled to benefit under phase two of the programme which targeted  the elderly and chronically ill.

A health official at Mutawatawa Hospital, Tawanda Willard said they usually vaccinate around 200 people per day in the whole district.

Lovejoy Mtongwiza, a journalist with 263Chat, observed that there is a huge information gap when it comes to COVID-19 vaccination.

“The Ministry of Health is not active on the ground, especially in those remote areas. I went to three separate rural communities and most people do not even know when vaccines will come. Funny enough, the provincial or district centres already have those vaccines.”

“It’s very sad because people in the rural areas are fed with half-baked information which is usually fake, I think more needs to be done and I think engagements through radio programming and bulk SMS campaigns to provide correct information to marginalised areas.

“There needs to be a robust approach in as far as providing correct information is concerned,” he said.

Community Working Group on Health executive director Itai Rusike said the COVID-19 response should address issues of equity on information dissemination in rural areas where there is limited access to radio, television and newspapers.

He said there is need to address the information gap on COVID-19 literacy in rural areas in order to reduce the rise of misinformation and disinformation that is resulting in the vaccine hesitancy.

“There is need to involve community leaders  in the rural areas such as chiefs, headmen and kraal heads including religious leaders in the national vaccine rollout programme so that they can encourage their community members and followers to embrace the vaccine if we are to achieve the required herd immunity of vaccinating at least 60% of the population.”

“We need sustained health education with active community participation and a well-informed community by using relevant information, education and communication materials in the local languages and putting communities at the centre of the COVID-19 response,” said Rusike.