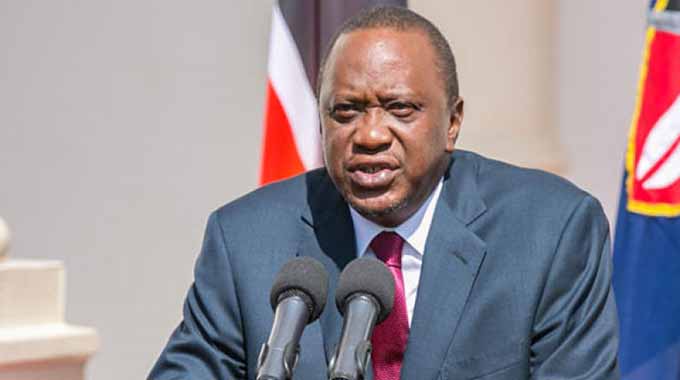 The International Conference on Population and Development (ICPD25) was officially opened yesterday with world leaders, representatives of non-governmental organisations, young people, business leaders and community groups unveiling their commitments to end maternal deaths, meet all women’s demands for family planning, and stop violence against women and girls by 2030.

The commitments are being made during the three-day Nairobi Summit taking place 25 years after the landmark International Conference on Population and Development in Cairo.

At the Cairo meeting, 179 governments, Zimbabwe included, adopted an action plan for women’s empowerment and sexual and reproductive health for all.

Addressing delegates at the official opening, Kenyan President Uhuru Kenyatta outlined the need to accelerate the promise of Cairo in order to build sustainable vibrant and inclusive societies.

“If we fail to deliver on the Cairo promise, we risk consigning our children to a less secure future than we inherited,” he said.

President Kenyatta also noted that advancing women’s rights, choices and well-being was a path to prosperous and resilient societies.

“Because our women are the gatekeepers to family health, they exert such a powerful influence on intergenerational outcomes for their children, empowering women essentially empowers all our families, societies, nations and the world,” he said.

Also speaking at the start of the summit, UNFPA executive director Dr Natalia Kanem said the “time to finish the ICPD unfinished business is now”.

“The International Conference on Population and Development in Cairo began the push to put women and girls at the centre of global development. This has paid off time and again. But that ICPD vision is still far from reality, and that journey that began 25 years ago in Cairo is far from over,” explained Dr Kanem.

Over the past 25 years, gains have been made in strengthening maternal health care and expanding access to quality contraceptive information and services. But there are still many who have not benefited from these gains, with more than 800 women dying during pregnancy and childbirth every day and 232 million women wanting to prevent pregnancy, but not using a modern contraceptive.

The Nairobi summit aims to tackle these problems as well as put a stop to gender-based violence, child marriage and female genital mutilation.

According to United Nations deputy secretary-general Amina Mohammed, the current age of urbanisation, increased migration, population growth and an ageing population growth, the ICPD programme of action has never been more relevant for people especially girls and women.

“The bold, rights-based vision of the ICPD — that development must put people first, that access to health, education and human dignity must be equal for all persons — informed the bold vision of the 2030 Agenda,” she pointed out.

“As accelerators for the Sustainable Development Goals, the outcomes of the Programme of Action must be carried forward. Our common framework for people, planet, prosperity, peace and partnership depends on it.”

Denmark’s Minister for Development Cooperation Rasmus Prehn committed that they would continue to be among the major donors in the world in support of the ICPD Agenda: in particular of women and girls’ sexual and reproductive health and right.

“Denmark will continue to work at the very front together with partners. If we want to reach the 2030 agenda, we must fulfil the promise of Cairo.”

Zimbabwe has representatives from the Ministry of Health and Child Care, UNFPA country office, youth leaders and civil society just to name a few.