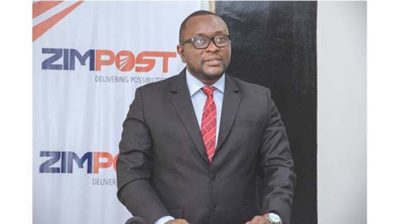 BY MOSES MATENGA in Gokwe

GOVERNMENT yesterday said postal service providers must innovate and ensure that the sector, which played an important role during the COVID-19 pandemic that advocated less contact, will not die.

Speaking during the World Postal Day commemorations in Gokwe yesterday, Information Communication Technology minister Jenfan Muswere said the service would not be allowed to die, but innovate to remain relevant in a mutating environment.

“Post must not die and as a testimony to this, it has survived wars and natural disasters, among other global calamities,” he said.

Muswere said the role played by postal and courier services during the COVID-19 pandemic can never be understated, signifying the continued importance of the service.

Government, working with the Postal and Telecommunications Regulatory Authority of Zimbabwe (Potraz), has so far established 146 community information centres (CICs) across the country, including in marginalised communities.

Midlands Provincial Affairs minister Larry Mavima said the choice of Gokwe for this year’s commemoration of the World Post Day was clear testimony that government was taking ICTs to outlying communities, instead of focussing on main cities.

“I wish to express my gratitude to you minister and team for choosing Gokwe as the venue for this year’s World Post Day commemorations,” Mavhima said while saluting Potraz for opening a CIC in remote Manoti.

“It is an honour indeed to host such an international event here in Gokwe, particularly in these trying times when the world is battling the COVID-19 pandemic.”

Added Mavima: “Over the years, we have known such privileges to be a preserve for Harare and Bulawayo as well as other towns and cities with similar status.”

Potraz director-general Gift Machengete said: “The launch of this ICT centre excites me because it will ensure the people of Gokwe are not left behind in the virtual world especially in view of COVID-19 pandemic.

“I, therefore, urge the people of Gokwe to make full use of this facility in terms of both acquiring ICT skills and realising the benefits of internet use to your farming activities, to your business, to your schooling, to your health and your day to day life in order to circumvent the negative effects of COVID-19.”

Gokwe Central legislator Victor Matemadanda (Zanu PF) said the CIC was important in the district and urged people to embrace it.