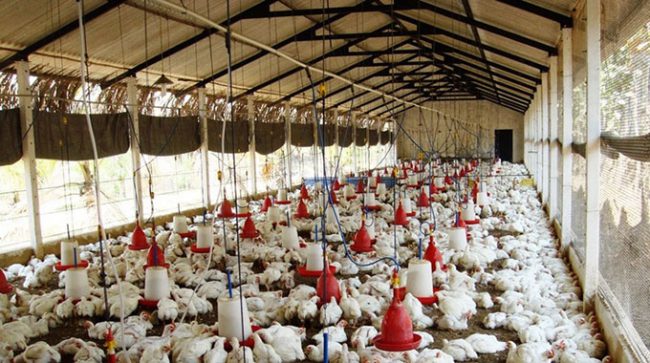 POULTRY feed production fell by 30% in quantity to an average of 85 044 metric tonnes (mt) in the second quarter of the year, but it performed better than other stockfeed production figures, an official has said.

In his latest industry update, Zimbabwe Poultry Association chairman Solomon Zawe said poultry feeds continued to dominate the stockfeed industry and in the third quarter of 2019, production averaged 28 348mt per month, being a decrease of 30% in quantity.

But on monetary value, it increased by 61% to $127,8 million per month over the second quarter of the year.

“Poultry feeds accounted for 64% of all feeds produced by weight and 71% by monetary value,” Zawe said.

While production of poultry concentrates was 10% higher than second quarter, Zawe said they were 51% lower than that of the third quarter of 2018.

On average, prices of feeds in the third quarter increased by 126% compared to second quarter prices.