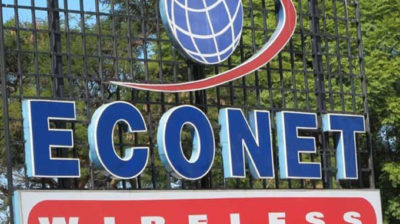 In the company’s financial statement for the year ended February 29 2020, Econet chairman James Myers said the mobile company had taken a $6,1 billion hit as a result of its exposure in foreign currency-denominated obligations.

“The group’s exposure in foreign currency denominated obligations resulted in exchange losses of $6,1 billion,” Myers revealed in the group’s financial statement. “The group continued to engage the central bank on the settlement of legacy debts at the prescribed rate of ZW$1 to US$1 in line with the blocked funds framework announced by the central bank. The group has a positive net foreign currency exposure as a result of its investment in Liquid Telecommunications Holdings Limited which is valued at US$135 million.”

He said the power cuts, which lasted up to 18 hours daily last year, had an adverse impact on both its ability to provide quality service and network.

“During the year under review, our service quality and network availability were significantly impacted by power disruptions. Our network during the peak of load shedding required over 3 million litres of diesel to operate optimally. This is a cost inefficient way to power the network as 1kW of diesel power is three times more expensive than 1kW of solar power, limiting the number of base stations that could be operated in this manner,” Myers said. “These service disruptions also affected mobile money services across the country as the disruptions are common to all networks. Our operational costs increased as we had to constantly service the generators and also run an extensive fleet of fuel refilling tankers to ensure that network availability remained at an acceptable standard.”

Myers said the digitisation programme being implemented by the company had been hampered by foreign currency shortages.

“As we increase our 4G coverage, complemented by the increase in data capable devices, we are able to provide faster upload and download speeds so that our customers can enjoy high speed applications. Our efforts have been hampered, in the last financial year, by lack of foreign currency to increase our capacity and coverage to desired levels,” he said.

The telecommunications company did not declare a dividend for the financial year.