Power-sharing not on the agenda: Mangwana

Source: Power-sharing not on the agenda: Mangwana | Herald (Opinion) 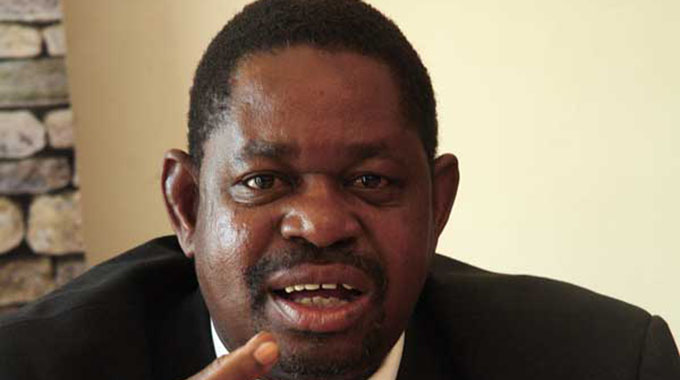 THE INTERVIEW Tinomuda Chakanyuka
Four political parties — zanu-pf, MDC-Alliance, MDC-T and the National Patriotic Front — that are represented in Parliament, met in Bulawayo last weekend to lay the groundwork and set the agenda for the inter-party dialogue. Here,

‘TC: President Mnangagwa has met leaders across the political divide to come up with a framework for national political dialogue. What is the latest regarding the formulation of that framework?
MPM: The President at a higher level, called for national dialogue and has already engaged all the political parties represented in the past election, but MDC-Alliance did not attend this meeting.

Parallel to that, the political parties represented in Parliament had also a framework for inter-party dialogue.

This framework has been existing since the days of the Inclusive Government, it culminated in the writing of the new Constitution process. After the constitutional reform programme, the dialogue continued looking at legislative reform, looking at laws which could change together.

We have participated in this inter-party dialogue all along. But after the election which elected President Mnangagwa as the President of this country when the MDC-Alliance said they were not recognising his election, we then stopped meeting.

We said if you are not recognising our principal as the leader of this country, we have a difficulty in continuing to engage you.

Efforts at mediation on that particular issue continued to take place until last week we the decided to meet to see if we could find common ground with our colleagues in the opposition. This did not only involve the MDC-Alliance, we also had to involve the other two parties who are represented in Parliament.

Our framework of negotiations is premised on the political parties which have representation in Parliament. This is why it’s only involving ZANU-PF, MDC-Alliance, NPF and the MDC led by Dr Khupe.

TC: Now that MDC-Alliance has agreed to meet under this platform, would you point to a climbdown from their initial stance where they were not recognising the President, your principal as the legitimate leader?
MPM: I will not want to go into terms like climbdown. Everybody who is in Zimbabwe has an obligation to recognise the President who was duly-elected in terms of the Constitution and the Constitutional Court made a pronouncement that President Mnangagwa was duly-elected.

It is an obligation upon every political player in the country to recognise that pronouncement by the Constitutional Court. The issue of the election of the President is not on the table and will not be on the table because the decision has been made by the highest court on that issue. We are not entertaining any discussion on that.

We are saying, we have a Government in place, led by President Emmerson Mnangagwa there are areas which require improvement from a socio-political and economic perspective let us discuss those issues with full recognition that there is a President who was elected by the people of Zimbabwe.

That is the context under which we are engaging, so we are not discussing the legitimacy or otherwise of the election of the President it is not an item on the table.

TC: Maybe you could tell us some of the issues that were on the agenda and the points of discussion?
MPM: Our last meeting was simply looking at the framework under which we should continue to engage. It was more like a workshop. We had these two new parties who were not part of the previous engagement and we wanted to put them into the correct framework to understand how inter-party dialogue takes place.

We then setup a technical committee which was now looking at the agenda of our future meetings. It was more of like a training workshop that is why we went to Bulawayo for two days so that we can put the other political parties at the same level as ZANU-PF and the MDC-Alliance who have been engaged in this framework before and we all agree on the matters to be discussed before we engage each other.

That is why we setup a technical committee made up of the four political parties which is now crafting the agenda for future engagement.

TC: Some of the matters that you agreed on, would you be in a position to share with us?
MPM: We have agreed, previously we did agree on the national dialogue process. Before we had the election, we had agreed how the political parties were going to behave during the campaign. We had the national pledge as you know it was part of the inter-party dialogue outcome. Right now, we are discussing critical issues to take our economy forward.

Those are some of the issues we are tackling. When we engage in Parliament and probably we are dealing with the Budget, it has an impact on the lives of the people, things like our approach to the Budget process are what we would be discussing as political parties.

TC: There is a narrative that dialogue between different political parties is key to solving the country’s economic challenges, is this an accurate assertion?
MPM: It is an accurate assertion to the extent that when you are engaged in dialogue, you tend to solve your challenges peacefully and if there is peace prevailing in a country, you attract investment.

TC: The resumption of the inter-party dialogue occurred against the background of a much broader national dialogue led by President Mnangagwa. Some have interpreted this as perhaps pointing to some form of discussion around such an arrangement. As the ruling party, what is your position?
MPM: No, that matter is not on the table. We are not discussing any form of power sharing. ZANU-PF received the mandate to run this country for the next five years, if they want to share the power it received from the people they have to go back to the electorate.

The power-sharing issues are not on the table, I know because of previous experience of the Inclusive Government, whenever political parties start talking people then think of power-sharing. Power-sharing is not on the agenda and is not on the table. We are simply discussing those legislative or political issues which can take our country forward. We as Zimbabwe, should learn to always discuss issues relating to our country together. Once we start talking we are not talking about power-sharing, but we should be able to talk about issues of mutual interest as a country.

TC: Now let us look at the national political dialogue, the MDC Alliance recused itself from the first dialogue. What do you make of the suggestions?
MPM: The MDC-Alliance is part of our inter-party dialogue. They did not attend the broader framework, yes I do appreciate. I’m not sure as to what their reasons are, but they came to the inter-party dialogue which is a good sign that they know the value of engagement.

We are hoping now that they are participating in this inter-party dialogue process, they will participate in broader framework dialogue process because the two processes are not conflicting they are actually not mutually exclusive they help each other.

TC: But will the national political dialogue be successful without the MDC-A?
MPM: They cannot hold Zimbabwe to ransom, but they are an important player since they have some significant representation in Parliament, but they do not represent Zimbabwe as such, inter-party dialogue can proceed without them.

TC: They are on record, the MDC with a list of demands that they want first before they engage in talks at a higher and broader level, as ZANU-PF the party that is in Government, do you feel you will be in a position to accede to these demands?
MPM: There should not be any conditionality to inter-party dialogue.

When we called them for this process we are involved in they did not make any demands, so I am technically more able to comment on the process that I am involved in and when we engaged in this particular process there were no preconditions.

I am not sure that the demands they are making will be met by anyone, because when we call Zimbabweans for a discussion, we are meeting as children of Zimbabwe to talk about our country, to talk about our affairs, there should not be any pre-conditions.

TC: One of their pre-conditions is that there should be a credible, neutral mediator who is not local. What is your reaction?
MPM: There is no conflict so there is no need for mediation. You only need mediation where there is a conflict. We had an election endorsed by the highest court in the country. So there is no issue, what we are simply saying is we are having economic challenges. We have issues of the law they also want certain laws to be amended to make sure that we improve the political climate in the country those are the issues we are prepared to discuss, not the election.

TC: Would you be privy to the details of the next political meeting?
MPM: We are meeting in two weeks, we put up a technical committee to look at the issue of the agenda for the critical matters to be discussed so they will be making a report to us in two weeks.

TC: Now let’s move on to another different matter altogether, how would you describe the late Bulawayo provincial chairperson Professor Callistus Ndlovu?
PM: What I can say is that the man deserves the national recognition he received. Many people know him as the chairman of Bulawayo, that is his later political involvement he was involved in the politics that led to our independence. He was in the thick of things in ZAPU. After independence he was part of government of national unity, which was folded immediately after the independence. He was minister in that government has remained in government after the Unity Accord that is when he left the Government so he is the person who served this Government before independence fighting for the liberation of this country, served in the Government. Prof Ndlovu was very clear about the nationalist issues, he was a uniting factor and when the early independence disturbances took place he remained resolute realising that Zimbabwe is one, it’s not a regional issue, it’s not a tribal issue and he remained as party of ZANU PF. He is a person I respected, he was cool very composed and always uniting people. Never quarrelsome, not argumentative, he did not want any fight with anyone, and he also had a super academic career after his service in government. He worked very hard as an academic of repute and all these are the attributes we think many Zimbabweans should emulate.

TC: We have seen a vote of no confidence being passed on the youth executive in the past two weeks and some critics say that’s pointing to fissures in ZANU-PF. Your reaction to that?
MPM: I’m a member of the disciplinary committee which committee is looking at these matters and will not be competent to make a public pronouncement. In fact, I can say that the matter is pending before the disciplinary committee which is looking at the legality of the vote of no confidence, the competence of the people who passed the vote of no confidence and all the issues surrounding  . . . it will not be proper for me to make any comment at this moment.