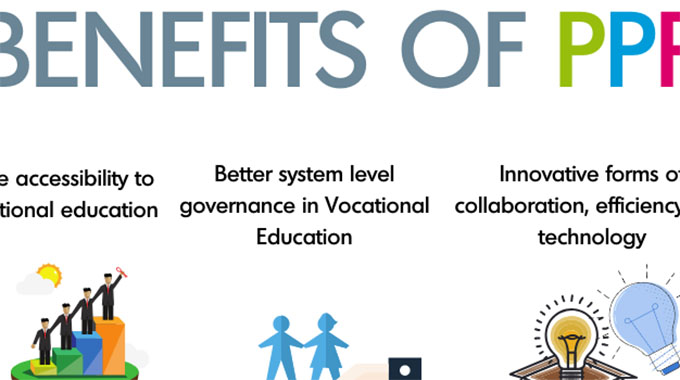 Public Private Partnerships (PPPs), which the Government is pursuing through the Zimbabwe Investment and Development Agency (ZIDA), are one of the quicker ways that can result in increased investments in infrastructure development.

PPPs have been proven to be effective in the development of infrastructure, and are like a joint venture between the Government or its agencies and the private sector.

It is a business venture between the private sector and the public sector, with the aim of ultimately benefiting the public when the project is completed.

The aim of PPPs is to unlock financial resources and new technologies that the private sector can bring on the table as part of the joint venture deals.

In the past, there was low uptake of PPPs in Zimbabwe due to several reasons, including inconsistencies in rules and regulations that governed the investments.

Incentives have also been set up for those investors interested in PPPs, and the route they will follow is now clearly defined.

Many developing countries, including Zimbabwe, are increasingly treating PPPs with priority because of their potential to enhance economic development through infrastructure development.

Although a new phenomenon in developing countries, having been brought by such liberal economic development programmes like the Economic Structural Adjustment Programme, PPPs can be useful in the establishment of infrastructure.

It is important that the 2021 Zimbabwe Infrastructure Investment Programme launched recently by the Ministry of Finance and Economic Development recognises the need for PPPs in the development of infrastructure.

But the document notes that PPPs have “been difficult in our domestic macro-economic environment, given the absence of a developed pipeline of bankable projects”.

With the stabilisation of economic fundamentals now taking place in Zimbabwe, it is imperative that there will be much progress in this area, as investors who can partner the public sector in infrastructure development are attracted by the favourable conditions.

The rehabilitation and development of trunk roads, for example, can easily attract private partners who can invest in Build, Own, Operate and Transfer arrangements because they are toll roads.

Apart from roads, PPPs can also be forged in the establishment of infrastructure like airports, ports, power, water treatment plants and solid waste management plants.

Other construction projects like schools, housing, clinics, hospitals and other social infrastructure can also be done through PPPs.

What is most welcome about these PPPs is that they can be applicable in any sector, including in agricultural and industrial development.

There are a number of key advantages for PPPs that can impact positively on a country’s developmental goals.

PPPs allow a country to access new technologies, including development of local human skills, as investors and partners impart new knowledge to their workers.

Partners for PPPs also bring capital, which might not be readily available locally, as they have the capacity to unlock funds from financial institutions backed by their advantage as private entities.

In general, PPPs offer attractive opportunities for partners who come in assured of reaping a reward from their investment because of contracts that are signed before work begins.

The contracts are clear on operational procedures, deadlines and, more importantly on responsibilities and monetary rewards.

It is important that as Government reforms State-owned enterprises and parastatals, it also considers PPPs as a viable route of making them efficient.

There are also plans to improve the governance, leadership and operational efficiency at Allied Timbers; re-bundling the Zimbabwe Electricity Supply Authority (ZESA) into a single corporate entity to improve governance; rationalisation of Industrial Development Corporation (IDC) units and partial privatisation, as well as a number of other reforms.

Other State-owned entities and parastatals in line for major reform include TelOne, NetOne, Telecel, Zimpost and the People’s Own Savings Bank (POSB).

Some entities will be privatised under the public enterprises reform framework, while some will be liquidated, merged or turned into departments.

These enterprises can easily be made effective and efficient through partnerships with the private sector.

There are a number of types of PPPs that Government can consider.

The Build-and-Transfer (BT) entails the private sector sourcing the funds and doing the work, before handing over the completed infrastructure to Government.

The partner would be paid its dues, while a Government agency takes over operations of the completed project.

For the Build-Operate-and-Transfer Scheme (BOT), the private sector gets a certain period of operating the infrastructure project after using its resources to construct it.

The operation of the project includes collection of fees or rates, but the partner eventually hands over the management to the responsible Government agency after an agreed period.

Under the Build-Own-Operate-and-Transfer scheme (BOOT), the private player actually owns the infrastructure project for some time, while recovering its investment.

The infrastructure is handed over to Government or its agency after expiry of the agreed period.

With Build-Lease-and-Transfer (BLT), after constructing the project, the private player leases it to Government, and the project would be wholly-owned by Government after an agreed period.

In the past, we have seen some policies like the Public Private Partnership in Zimbabwe Policy and Guidelines of 2004, which aimed at promoting PPPs by outlying the framework.

Some PPPs were implemented like the Beitbridge Bulawayo Railway, the New Limpopo Bridge and the Newlands By-Pass.

The Zimbabwe National Road Administration (Zinara) also entered into a PPP with Group Five of South Africa for the rehabilitation of the Plumtree-Mutare Highway, a stretch of about 800 kilometres.

After an agreed time, Zinara will gain control of the toll fees on the road, as Group Five exits the deal.