Pre-budget seminar must be about comradeship

Source: Pre-budget seminar must be about comradeship | Sunday Mail (Opinion) 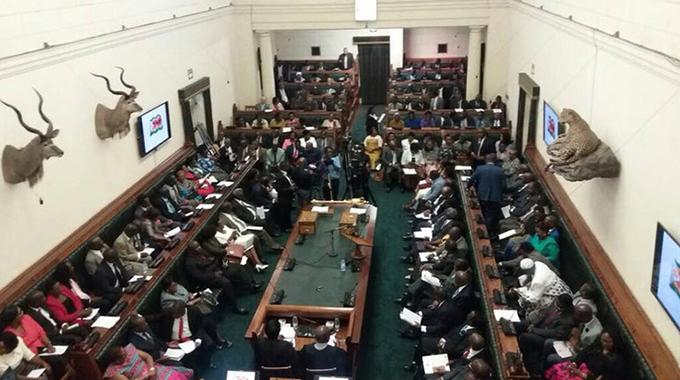 PARLIAMENTARIANS will next month converge for  the pre-budget seminar. MPs usually prefer to have the seminar within the aesthetically grand environs of the resort town of Victoria Falls.

The legislators will spend a week in the resort town partaking in the budget meetings.

It is at this annual meeting where politicians from different ideological persuasions put aside hostilities and engage in genial camaraderie.

Prior to this crucial meet, this week a team of MPs will begin criss-crossing the length and breadth of the country for public hearings for the 2021 National Budget consultations.

We are officially in budget season, ladies and gentlemen.

Budget season is indeed a crucial time for, not only the preservation of our democracy, but also the enhancement of citizen participation in governance.

It is a time when citizens get a say on how their tax dollars are spent.

Citizens’ importance in this process cannot be overstated.

It is a time when their desires supersede those of the 14 million-plus citizens of this nation.

A sad incident which all but laid bare the greed that afflicts some of our MPs
took place during this time some two years ago.

The 2017 pre-budget briefing seminar was temporarily adjourned after legislators demanded the payment of their outstanding sitting allowances and other benefits before business could commence.

At the time, MPs were owed US$15 million in outstanding sitting allowances.

The delay followed disruption of business in the National Assembly a few days earlier when angry legislators from across the political divide refused to debate motions until the issue of their welfare had been addressed.

A contrite Speaker Advocate Jacob Mudenda was forced to proffer a profuse plea for co-operation from the legislators.

“We can solve our problems provided we put our heads together,” said Adv Mudenda.

“Nothing is impossible, everything will be alright.

“What remains outstanding shall be done. I say this in the presence of the Minister of Finance (Dr Ignatius Chombo) because I have a good relationship with him.”

Journalists, parliamentary staff and a number of presenters at the seminar were then chucked out of the conference room to allow for negotiations between MPs and the Speaker in order for business to resume.

Among the MPs demands was the immediate disbursement of Constituency Development Funds (CDF), issuance of diplomatic passports, provision of security details and iPads.

The MPs had essentially held the entire nation to ransom just so they could get iPads!

This is what budget season can turn out to be if our legislators do not have their priorities straight going into the process.

It should be about the citizens, their needs and nation-building, about engendering transparency around the use of public funds and the deployment of national resources to areas of need.

Their voices should be heard, and they can only be heard when they speak through their representatives.

MPs should now be mobilising their constituents to aggressively participate in the public hearings in order for their voices to be heard.

They should underscore the importance of citizen participation in this process.

During a recent indaba on Zimbabwe’s budgeting systems hosted by the Zimbabwe Coalition on Debt and Development (ZIMCODD), it was agreed that despite the existence of progressive legal frameworks which set out the basic budget processes which need to be followed, citizen participation and engagement in the country’s budget processes is relatively low.

This apathy, it was agreed, stems from the majority of people’s feeling that even if they participate in budget consultative meetings, their views are not taken on board.

The onus, therefore, is upon the citizens to ensure that their voices are heard.

Citizens themselves should populate the virtual hearings and participate in hearings on radio while also submitting written submissions to the Clerk’s office, because this process is not an exclusive club of elected officials alone.