President in UAE for strategic talks 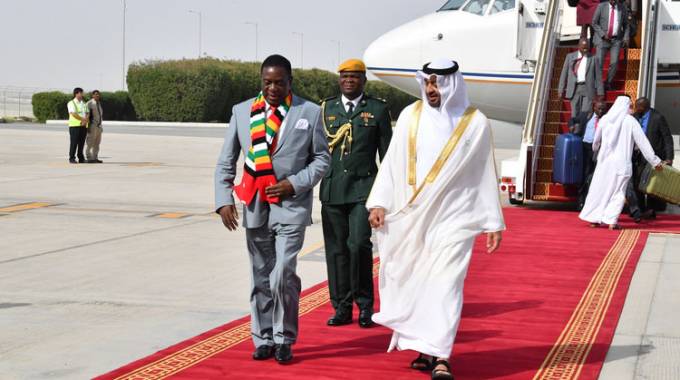 ‘‘This is a very important visit by His Excellency on the invitation of his counterpart, the Crown Prince, and it is an invitation which is creating a symbiotic relationship and strategic partnership between the Emirates and Zimbabwe,’’ said Dr Moyo.

President Mnangagwa is today expected to visit Dubai, which is about 140km from Abu Dhabi.

Minister Moyo said the opening of an embassy in the UAE is strategic.

‘’It is strategic because it provides other options of survival for Zimbabwe. As you are aware, Zimbabwe is under sanctions and therefore, as we cooperate with the Emirates, this is going to be the basis of this pursuit. This country is a very rich country as you aware. This is a country which is dependent on oil and gas. It has got quite an excess (of resources) and it is also controlling the global market alternative settlement payment systems, which could be used by Zimbabwe. They are looking at Southern Africa and they are looking at one of the strategic emerging markets, which they have identified, and that in Southern Africa, being Zimbabwe, and that is why His Excellency is here,’’ explained Minister Moyo.

The UAE is a major producer of fuel and gas and intends to establish a fuel hub in Southern Africa.

Geographically, Zimbabwe is the heart of the Sadc and a gateway to other regions on the African continent.

The country also has plans to construct a second fuel pipeline from Beira to Harare for easy movement of the commodity.

Furthermore, the UAE is a major buyer of Zimbabwe’s gold.