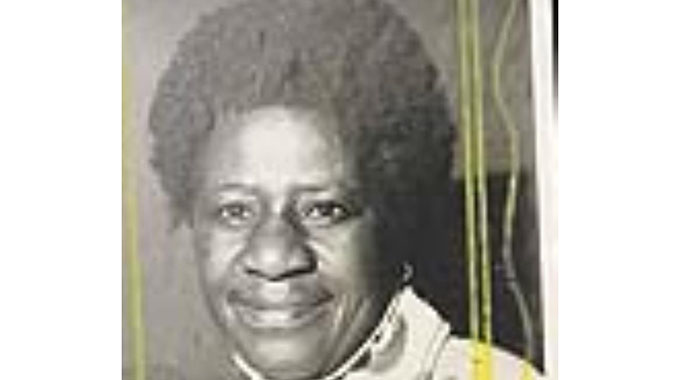 PRESIDENT Mnangagwa sent a message of condolence to the Shamuyarira family following the death of Amai Dorothy Shamuyarira yesterday morning.

Amai Shamuyarira, who was a widow to former Cabinet Minister and Zanu PF Secretary for Information and Publicity in the Politburo, Dr Nathan Shamuyarira, succumbed to Covid-19 related complications at Parirenyatwa Group of Hospitals in Harare.

Amai Shamuyarira, a nurse, was the first black matron at Parirenyatwa after Independence.

“I learnt with a deep sense of grief and loss of the death this morning of Amai Shamuyarira, wife of our late National Hero, long-time Minister of Information, Post and Telecommunications, and that of Foreign Affairs under the First Republic, and our former Secretary for Information and Publicity in the ruling party,” President Mnangagwa said.

“A veteran healthcare giver, Mrs Shamuyarira was part of a crop of our nursing services corps during the liberation struggle, and of the core team which oversaw and provided leadership in transforming the health sector during the difficult period of transition from a segregationist white minority healthcare system to a people-centred one at Independence.

“On account of her dedication and highly professional conduct, the late Amai Shamuyarira would rise to become the matron of the erstwhile elitist and whites-only Andrew Fleming Hospital, now Parirenyatwa Group of Hospitals.”

“In that challenging leadership position, Amai Shamuyarira helped spearhead the transformation of the nursing profession, and our national health delivery service to make it both non-racial and universally accessible to all citizens,” he said.

“The nation remembers and honours her for that sterling role which she discharged with integrity and single-mindedness right up to retirement. On behalf of the party, Zanu PF, Government, my family and on my behalf, I wish to express my heartfelt condolences to the Shamuyarira family on this their saddest loss.”

The President said the nation joins the Shamuyarira family in mourning “our Mother”.

“In consoling them, I urge them to gather strength and solace from the distinguished role Dr Shamuyarira and Amai played both before and after our Independence,” he said.

“May her dear soul rest in eternal peace.”