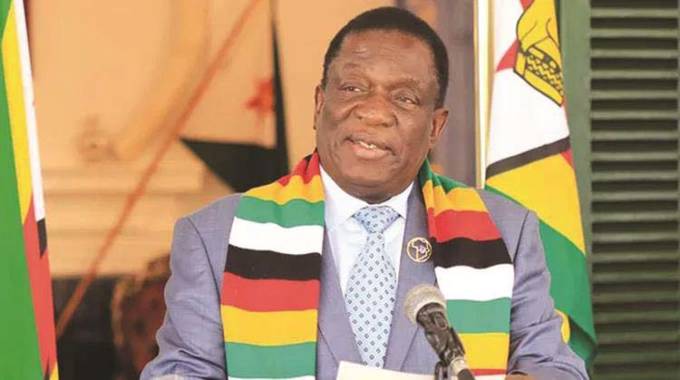 PRESIDENT Mnangagwa yesterday sent condolence messages to the Murahwa and Mpofu families following the death of former Director in the Office of the President Cde Beaven Shungu Murahwa and Member of Parliament for Mberengwa South, Cde Alum Mpofu.

Cde Murahwa succumbed to diabetes yesterday morning, while Cde Mpofu collapsed and died at his home on Sunday last week.

In a statement, President Mnangagwa described Cde Murahwa as one of the bravest freedom fighters during the liberation war.

“The death this morning of Cde Beaven Shungu Murahwa after a long battle against diabetes was a great loss to our nation,” he said.

“A brave liberation war hero and wartime member of the General Staff, Cde Murahwa ranked among our bravest fighters who criss-crossed different war zones, most notably Manica and Gaza Provinces, in pursuit of our freedom and Independence.

“He was in the thick of things when we came back home to prepare for elections after the historic Lancaster House Conference, providing close security to our top leadership.”

President Mnangagwa said he worked closely with Cde Murahwa when he was appointed the first Minister of State Security during the challenging and formative years of  Zimbabwe’s Independence.

“He was among the founding crop of our intelligence officers who launched the President’s Department,” he said.

“Throughout his career as a security officer, he served his country with loyalty, distinction and honour, leading to his redeployment into the Foreign Service when he joined our Diplomatic Mission in the United Republic of Tanzania, from which station he retired.”

“Alongside our nation, the Mberengwa community continues to be thrown into repeated grief after the sad loss earlier this year of Senator Dr SB Moyo, our late Minister or Foreign Affairs and International Trade. Certainly 2021 will go down in history as a year of repeated grief to our nation.”

President Mnangagwa urged the country to remain strong and celebrate the lives of the deceased cadres. On behalf of the party, ZANU PF, Government, and on my own behalf, I wish to express my deepest, heartfelt condolences to the Murahwa family, to Amai Murahwa and the children especially, on this their saddest loss,” he said.

“In the same vein, I convey my heartfelt consolations to the Mpofu family and the Mberengwa community for losing their distinguished sons and representatives. Our nation joins both families in their bereavement.

“May their dear souls rest in eternal peace.”