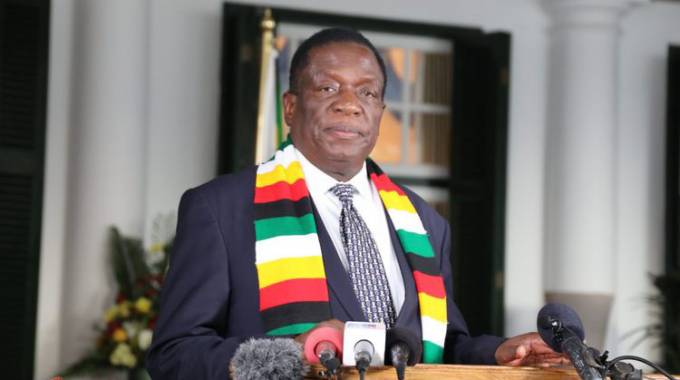 The President yesterday said Cde Nleya’s death left a huge void in society as he was among the first liberation war fighters to receive military training.

“Cde Nleya’s place and contribution to the national struggle is well recorded and will be remembered and celebrated beyond his sad and untimely departure,” said President Mnangagwa.

“Many within our current command element, including our Commander Defence Forces, General Philip Valerio Sibanda, went through the hands of this outstanding liberation fighter whose characteristically selfless active service to our nation continued well into our independence, including the early, heady days of demobilisation and integration exercises,” he said.

Due to his excellence, Cde Mnangagwa added, Cde Nleya was elevated to the ZIPRA High Command during the liberation struggle.

He was also appointed to various command roles in the integrated Zimbabwe National Army (ZNA) after independence.

“Indeed this is our loss together and one which our deeply grateful nation modestly repays and commemorates by according him national hero status and by resting him at the National Shrine (National Heroes Acre) we reserve for the best and most deserving sons and daughters of our nation,” said the President.

Cde Nleya will be buried at the National Heroes Acre in thecapital on Tuesday.

He said Dr Sadza played a critical role in offering medical assistance to the injured during the liberation struggle and in shaping the National Health Policy.

“His role in the medical field apart, Dr Sadza for a long time chaired the Zimbabwe Mass Media Trust Board during which time he actively shaped our media industry and Government investments therein. He inculcated a strong sense of patriotism among our journalists.

“On behalf of Zanu PF, Government, my family and indeed on my own behalf, I wish to express my sincere condolences to the Sadza family, especially to his wife, Dr Hope Sadza and the children who have lost their pillar of strength. May they derive comfort from our prayers and from the knowledge that the nation grieves with them.”

‘This Mournable Body’: A Novel About Life In Independent Zimbabwe