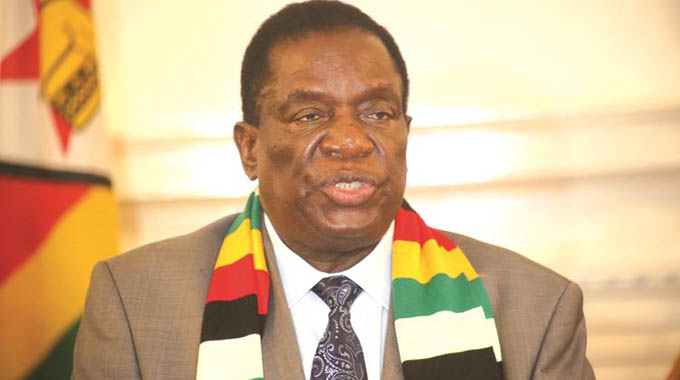 President Mnangagwa has reiterated his call for the abolition of capital punishment in Zimbabwe and has noted that a moratorium on executions has been in place since 2005.

He repeated his call in the foreword he wrote for a report titled; “Time to abolish the death penalty in Zimbabwe: exploring the views of its opinion leaders”, which was launched virtually on Monday.

President Mnangagwa said Zimbabwe has not executed any convict since 2005 and he hoped it would stayed that way.

“Most Zimbabweans know that the death penalty is a subject on which I feel deeply. As I have said in the past, I believe it to be a flagrant violation of the right to life and dignity,” President Mnangagwa said.

The report is a compilation of findings from an opinion canvassing report by Veritas, a local legal non-profit organisation and The Death Penalty Project, an international organisation fighting for the abolition of capital punishment.

“I welcome this report, which shows that almost all Zimbabwean opinion formers are of the same mind in that they wish to see the death penalty abolished. This report, and the research on which it is based follows upon a wider survey conducted in 2017, which revealed that only a small majority of our citizens are in favour of keeping the death penalty, and that out of those who favour it, 80 percent will be prepared to go with abolition if the Government so decides,” said President Mnangagwa.

“There has not been an execution in Zimbabwe since 2005. For nearly 15 years, therefore, we have had a de facto moratorium on the death penalty. It is my sincere hope, in the near future, Zimbabwe will formally abolish the death penalty by removing it from our statute books.”

Over 90 percent of those interviewed by the Mass Public Opinion Institute were against the death penalty.

The study whose findings were consolidated by Prof Carolyne Hoyle of the University of Oxford lends more support to the arguments which have been made against the death penalty over the years.

Abolishing capital punishment has since earned the country international support.

“The findings in this report, together with our 2018 report on public attitudes, indicate that Zimbabwe as a country, is ready to end capital punishment. Over 75 percent of the world’s nations now recognise the death penalty to be an inhuman and degrading punishment incompatible with evolving standards of decency,” said The Death Penalty Project co-director Parvais Jabbar.

“It is arbitrary, irreversible, has no strong deterrent value and deprives an individual the opportunity for rehabilitation. The last execution in Zimbabwe was in 2005, there can be no logical rationale for its continued retention.”

As it stands, the death penalty remains legal in Zimbabwe, although under the new Constitution can only be imposed at the sentencing judge’s discretion on adult men for aggravated murder, having been abolished for all other crimes, and for all other people.