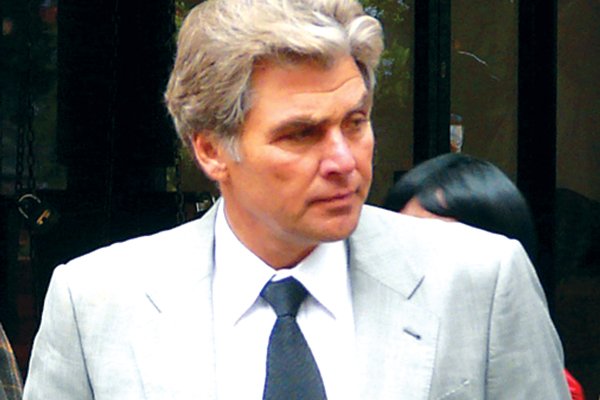 PRESIDENT Emmerson Mnangagwa has summoned controversial businessman Billy Rautenbach to answer to charges that he is denying thousands of Chingwizi villagers access to potable water after fencing off boreholes and grazing land in Nuanetsi Ranch.

Speaking at a thank you rally at Rutenga Primary School in Mwenezi on Saturday, Masvingo Provincial Affairs minister Ezra Chadzamira said Rautenbach — who has a wildlife conservancy in the vast ranch close to where the 18 000 residents of Chingwizi were resettled — is ill-treating villagers who were displaced from the Tugwi-Mukosi Dam flood basin in 2014.

“We have some whites who have wildlife conservancies. They are enjoying selling trophies outside and slaughtering the wildlife for butcheries without doing corporate social responsibility programmes. They actually ill-treat the neigbouring communities like in Chingwizi where they established boom gates to give a curfew and fenced-off water sources and grazing lands for the villagers. He who does not respect people, therefore, has no place in the new dispensation,” Chadzamira said.

Mnangagwa said Chadzamira should bring Rautenbach to his office today (Monday) or Tuesday.

“There are some whites with big farms and yet deny people drinking water. Am told villagers get salty water and yet fresh water goes to animals. I say to Chadzamira, bring the culprit to me on Monday or Tuesday and repeat what you said while he is there and see how he leaves my office,” Mnangagwa said.

Rauntenbach, who eyes setting up an ethanol plant in Nuanetsi Ranch, where the villagers are settled, is, however, believed to have strong business ties with top officials in Zanu PF.

The party treats him with kid gloves, hence he is among the few whites who were exempted from land takeovers by the ruling party since 2000 when the chaotic land reform programme started.