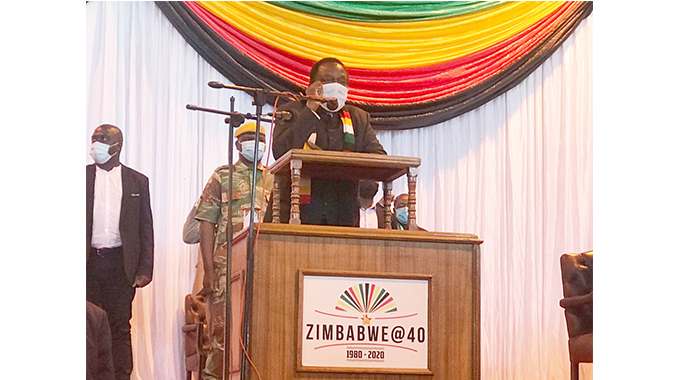 Leonard Ncube, Victoria Falls Reporter
MORE than 300 female councillors and executives from both urban and rural local authorities countrywide are expected to converge on Victoria Falls for a one-day conference that will be addressed by President Mnangagwa on 10 December.

The President is expected in Victoria Falls on 9 December to officially declare the resort town’s municipality a city where he will also be presented with the Freedom of the City for his contribution to the town’s growth into a city. The President will then officiate at the Zilga conference the following day.

Zilga chose to converge on Victoria Falls so that all local authorities could also join the sister municipality which has two female councillors and two other women in executive management positions, to celebrate the milestone achievement. Victoria Falls becomes the first municipality to be upgraded by the Second Republic and first city in Matabeleland North Province.

“In addition, all the women councillors from rural and urban councils, almost 300 of them are going to be assembled here in Victoria Falls and have requested that the President addresses them as they have issues they want to put before him. Being a listening President, he has agreed that he is going to spend the 10th of December with women councillors,” said Minister Moyo in an interview.

He said female councillors were critical not only because they are close to the people but because they also face service delivery challenges like ordinary citizens.

“I think it will be a very interesting session also for them to say their issues from their vantage point,” said the Minister.

Makoni Rural District Council chair Alderman David Guy Mutasa is Zilga president. He said the conference is aimed at advocating for female leaders in local government after realisation that few women were in decision making bodies in the country.

“This will be a one-day conference for women in local government. We are zeroing in on female councillors and extending to women in local government in general, that is chief executives and others. This is actually an advocacy we are trying to build because there are few women in decision making. So at the conference they will be raising their issues to the President,” said Ald Mutasa.
— @ncubeleon