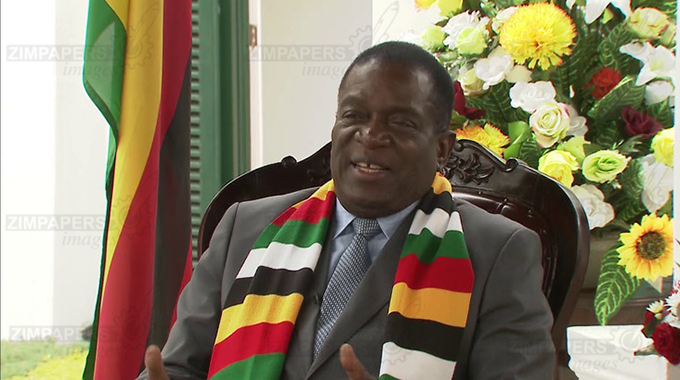 PRESIDENT Mnangagwa is expected to officially open the 8th edition of the ZimTrade Annual Exporters’ Conference in Bulawayo this morning.

The conference, which is being held in Bulawayo for the first time since its inception in 2012, begins today under the theme: “Rethink, Reform, Export!”

More than 250 local and foreign delegates are expected to attend the business event, which is being organised by the country’s national trade and development promotion agency, ZimTrade.

In an interview, ZimTrade spokesperson Mr Danai Majaha said: “His Excellency President Mnangagwa will be the Guest of Honour at the conference, which runs under the theme: “Rethink, Reform, Export!”

More than 250 delegates drawn from public and private sectors from all provinces in Zimbabwe and development cooperation partners are expected to attend.

“Everything is ready for the conference and we are expecting fruitful discussions that will help increasing Zimbabwe’s exports,” said ZimTrade.

“On 18 October, we will have a Buyers Seminar where local businesses will connect with buyers from Botswana, Namibia, Zambia and United Kingdom.”

The conference aims to foster dialogue and linkages between delegates and business leaders from different sectors and come up with solutions that will improve Zimbabwe’s trade balance.

ZimTrade said this year’s exporters’ conference was expected to achieve the intended objectives, riding on the achievements of the previous successes such as improving the ease of doing export business.

As in the previous years, this year’s event would be followed by an awards gala dinner where Zimbabwe’s leading exporters in a range of categories will be recognised for their efforts and successes in reaching markets beyond the country’s borders.

The export agency said Zimbabwean products have a wide market potential in Europe, Asia and the world for fresh fruits and vegetables, clothing and textiles, as well as arts and crafts.

ZimTrade has noted that Sadc and the Common Market for Eastern and Southern Africa trade agreements to which Zimbabwe is a signatory have opened up more markets for locally value-added manufactured products.