Prioritise locals over Chinese contractors for benefit of Zim 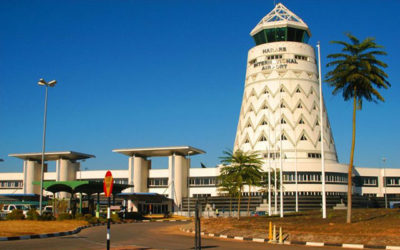 KENYAN law professor Patrick Lumumba gets animated when he talks about China’s rising influence on the African continent where governments get blinded by their fraternal ties with the Communist Party to the point of ignoring despicable conducts of the visitors, right under their noses.

Professor Lumumba is not really concerned about the Chinese’s exploitative behaviour that thrives because of the disunity amongst Africans, but about how African governments respond to the incursions of yet another major power seeking to engage the continent.

He, therefore, advocates for better governance by the Africans to ensure that they benefit from their engagement with Beijing in terms of trade, investments and loans.

Considering how the Chinese are becoming a dominant force in most mega deals in Zimbabwe, this advice must be taken seriously. An irony of Chinese nationals doing projects in Zimbabwe is that apart from overpricing their quotations and greasing palms, they are dabbling in disruptive illegal parallel market activities in order to raise foreign currency (forex) for requirements that do not qualify for the foreign currency auction trading system.

This is putting pressure on forex rates that are the biggest determinant of prices in Zimbabwe, which is a net importer. Zimbabwe must worry about the “exporter curse”, whereby rates spike to levels that make it cheaper to import finished goods than produce them, like what has happened in Nigeria, resulting in a situation whereby that country’s once thriving textile industry is today a pale shadow of itself.

It also goes without saying that the forex sourced by the Chinese on the black market ends up being externalised offshore, thus depleting the country’s already tenuous forex resources.

Some will recall that in March 2018, the authorities published a list of companies and individuals who externalised forex and Zimbabwe’s “all-weather friends” topped that list. A whooping 114 Chinese nationals or companies were named out of a total of 157 listed under the “spurious transactions” category, which was disputed by Beijing’s local embassy.

To get hold of scarce forex, some Chinese entrepreneurs are buying Zimbabwean raw materials which they then export to buyers in China or Europe in exchange for Chinese renminbi. Rings of Chinese money-changers specialise in matching those needing foreign currency with willing Chinese buyers of Zimbabwean imports.

There are cultural obstacles too. Across the continent, Africans are livid with Chinese workers for refusing to integrate. Many of them choose to work in unmarked offices and dormitories, away from the prying eyes of authorities and potential competitors. They are also known for bringing in their own labour, though Chinese entrepreneurs have quickly learnt they need to provide local employment if they want to stay in business.

This can all be greatly mitigated if projects such as dam construction are given to local contractors, who have no reason to keep their money offshore or insist on arrangements where the locals become the significant players in the mega deals.

African countries, such as Ethiopia and Rwanda are taking measures to curtail this lopsided relationship with China, including sealing their borders to avoid importation of cheap goods, which are destroying local production.

While China was pivotal in supporting liberation movements across the African continent, this is no reason to lower our guard and disadvantage locals where they have a reasonable expectation to get the deals done.

China’s Shanghai Construction Group is currently constructing a US$140 million parliament building in Mount Hampden, 18 kilometres outside the capital Harare.

In 2018, Sinohydro — a Chinese hydropower engineering and construction firm — completed an upgrade at Kariba South Hydro Power Station where it installed two generators with a capacity of 150 megawatts (MW) each. The company is also refurbishing Zimbabwe’s largest power station, the Hwange Thermal Power Station, at a cost of US$1,5 billion.

In addition, China Jiangsu International began upgrading Zimbabwe’s biggest airport, the Robert Gabriel Mugabe International Airport in 2018. It is also worth remembering that the expansion of Victoria Falls Airport was the recipient of a US$150 million Chinese loan, as was Harare’s US$144 million rehabilitation of its municipal water supply and sewage treatment.

The state-owned fixed line telecommunications firm TelOne was also a recipient of a loan of US$98 million to improve its fibre optic network. In 2012, the government announced that China Railway would invest US$1,2 billion to develop a high-speed train route between Harare and Bulawayo.

Additionally, China Africa Sunlight Energy Limited has said it plans to invest US$2,1 billion developing coal mines and building two 100MW coal fired plants. Several feasibility studies have also started between China and Zimbabwe, including studies into coal exploration and a 600MW thermal station in Sibugwe, as well as the dualisation of the Beitbridge-Harare, Harare-Nyamapanda, Harare-Chirundu and Mutare-Harare highways.

It is also disturbing to note that the Chinese are even involved in the construction of Mbuya Nehanda’s statue. Despite her legacy of resistance, and an unbreakable pride in being African, which even led her to refusing to convert to Christianity before her execution, Mbuya Nehanda will not be amused to see that foreigners are taking the lead in the construction of her own statue despite deafening calls for indigenisation, through what is commonly referred to as Third Chimurenga.

In spite of the acute shortages of foreign currency in Zimbabwe, these Chinese are paid in real hard currency, which will be wired to their bank accounts in Beijing, Shanghai or Bangkok, while locals get pittance in RTGS dollars.

Amid shrill voices warning about the subtle re-colonisation of Africa (this time by the Chinese), Zimbabweans have for four decades lowered themselves to hewers of wood and drawers of water in key projects. Many would recall that about 33 years ago, the Chinese were involved in the construction of the giant 60 000-seater National Sports Stadium, about seven kilometres on the western side of central Harare.

The Chinese were also involved in the construction of the US$100 million National Defence College (NDC) — along the Harare-Mazowe Road — in exchange for diamonds mined from the controversial Marange Diamond Fields, where two Chinese firms, Anjin and Jinan, were key players. A whopping US$15 billion is still unaccounted for, after former president Robert Mugabe blew the whistle on the eve of his 93rd birthday in February 2016.

If it is not Zimbabwe’s so-called “all-weather friends”, who are the Chinese, you can be rest assured that it would be some other foreign friends of the ruling elite. For example, Mbuya Nehanda would not be amused to know that even the construction of the National Heroes Acre, where the gallant sons and daughters of the Second Chimurenga war are buried, was done in the 1980s by North Korean firm, Mansudae Overseas Projects, and that its architectural design resembles that of the Revolutionary Martyrs’ Cemetery in Taesong-guyok, just outside Pyongyang.

Interestingly, the North Koreans are putting up state-of-the-art infrastructure by themselves. Only last year Kim Jong-un, the North Korean supreme leader, officially opened a new town hyped as the “epitome of modern civilisation”.

The Chinese are also doing it by themselves, approving 26 mega infrastructural projects last year alone, worth over US$142 billion. Among them is the Chongqing-Kunming high-speed railway to be built at a cost of US$20,5 billion. The rail project will see a 699 km high-speed railway built between Chongqing and Kunming. It will take six years to complete the project, involving 20 stops, which connects Chongqing, Luzhou and Yibin in Sichuan province, Bijie in Guizhou province, and Zhaotong, Qujing, and Kunming in Yunnan province. It is hoped the project, which will have a top speed of up to 350km/h, will help lift the western towns and villages out of poverty, while better connecting cities in the region.

As a recipient of Chinese assistance, it is imperative that the deals are negotiated in a manner that ensures that locals benefit and that a significant portion of the loan proceeds is spent locally for the benefit of the domestic economy.

In this regard, there is need to invest in building national negotiating capacity rather than just rely on directors within ministries or the Attorney-General’s Office, which are hamstrung in terms of their capacities.

Tapping into private sector experts as well as publishing agreements is worth considering for purposes of achieving national good.

Matutu is a political scientist based in South Africa. He writes here in his personal capacity and can be contacted on: anthony.matutu@yahoo.

The post Prioritise locals over Chinese contractors for benefit of Zim appeared first on The Zimbabwe Independent.