PROSECUTOR-General Kumbirai Hodzi could land in soup over allegations of abusing and using his position for personal benefit in the ongoing arrests and alleged harassment of lawyers behind the Constitutional Court (ConCourt) application against his appointment. 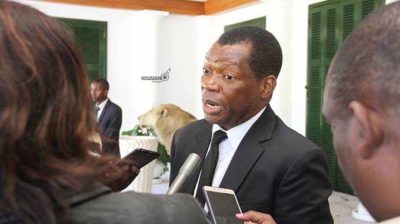 In a test case for the Zimbabwe Anti-Corruption Commission (Zacc), lawyer Joshua Chirambwe submitted a complaint against Hodzi, saying he should be investigated for corruption.

“I wish to complain about the conduct of the Prosecutor-General of Zimbabwe, Kumbirai Hodzi. I take firm, but respectful view that he has corruptly abused his power(s) for personal benefit. It is my considered opinion that in doing so, he has committed the kind of criminal misconduct that the Zacc has jurisdiction over,” he wrote in a letter also delivered to the Judicial Service Commission on June 9.

Chirambwe said he had picked information that Hodzi instructed the police to arrest lawyers who were involved in filing a ConCourt application argued by Thabani Mpofu against his appointment on grounds that it was unconstitutional and he was not fit to hold office.

“When the application was opposed, I picked whispers which seemed to suggest that PG Hodzi had instructed the police to arrest my counsel, Advocate Mpofu, arising out of this and a related application. I took note of the whispers,” Chirambwe wrote.

Police have since picked up lawyers Mpofu, Choice Damiso and Tapiwa Makanza in connection with the ConCourt application on allegations that they fraudulently forged the signature of a “non-existent” Simbarashe Zuze and presented these in court.

Chirambwe argues that Hodzi was involved in these arrests and officers operating under his instruction have been working to ensure that he benefits.

“On or around June 1, I became aware that Advocate Mpofu had been arrested on account, inter alia of his representation of me in the court challenge … Mpofu was placed on remand by the PG through his representatives. I was of the view that the PG was hopelessly conflicted in the matter and had not acted independent of his personal interests in breach of section 196(2) of the Constitution of Zimbabwe. I just could not fathom how such a process could proceed in his name,” he wrote.

Chirambwe argues that Hodzi is acting in a criminal manner and should, therefore, be investigated for criminal conduct.

“I am of the view that the PG has misconducted himself in a criminal manner abusing public power for his own personal benefit. I have suffered as a result of the abuse of office by the PG of constitutional power, yielded to him as public trust for the vindication of public good and the protection of legitimate interests of the subjects of the State of Zimbabwe,” he submitted.