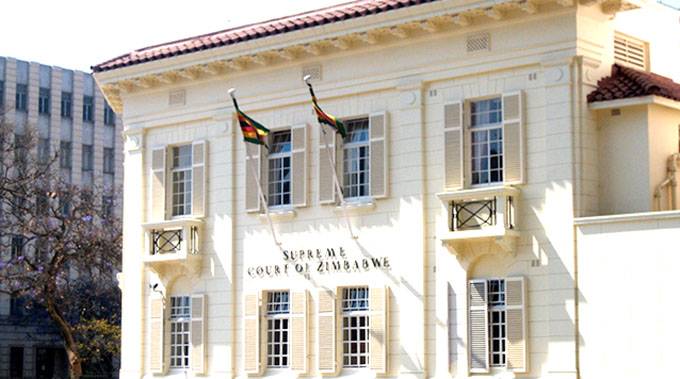 The ruling by a three-judge panel led by Justice Paddington Garwe plunged the property firm, which is selling residential stands on disputed land, into quandary.

Justice Garwe upheld a High Court decision rescinding a default judgment granted to Equity Properties after its lawyers misled Justice Priscilla Munangati-Manongwa that lawyers acting for Al Shams Global BVI had been properly served papers for the matter, but failed to appear in court when the matter was set down for hearing.

The court also frowned upon the abhorrent conduct of the company by slapping it with punitive costs of suit. Equity Properties, however, has continued selling high-class stands at “The Golden CT suburb”, next to Mount Pleasant Heights, about 13 kilometres from the central business district, on the strength of a default order, which had been rescinded by the same court. Al Shams Global BVI is holding the title deeds for the property, over an unsettled loan.

The average stand size is 2 000 square metres, with a market value of US$50 000. The stands cost US$50 000 for an average 2 000 square metres. Over 300 stands have been sold so far amid fears that prospective home seekers could lose millions of United States dollars buying the high-class residential stands on the piece of land under dispute at the High Court.

In his ruling, Justice Garwe made it clear that when Equity sought a default judgment against Al Shams Global BVI, before High Court judge Justice Priscilla Munangati-Manongwa, the judge was misled into believing that at the time the financial firm was still being represented by Messrs Dube, Manikai and Hwacha (DMH). This was despite the fact that Equity Properties lawyers had been advised by DMH that the law firm was not representing the global finance company, upon being served with the former’s application for vindication.

It also emerged during the hearing that Al Shams Global BVI contested the matter in same court and successfully got a rescission of the judgment.  The court also heard that the same matter was brought before Justice Priscilla Chigumba and Equity Properties lawyer, then Adv Tazorora Musarurwa, conceded that the default judgment against Al Shams Global VI was granted in error, resulting in a consent order being issued.

This, however, did not deter Equity Properties which took up the matter to the Supreme Court on appeal against Justice Isaac Muzenda’s decision that overturned the default judgment, which the firm had earlier been granted in error. Justice Garwe ruled in favour of Al Shams Global BVI.

“We are satisfied that had Justice Munangati-Manongwa been aware that DMH where not representing the respondent in HC2463/18 she could not have proceeded to in fact grant that default judgment,” he said.“It is also clear that the order by Chigumba J directing service to DMH was by consent rescinded by order of this court dated 25 March 2019. We are also satisfied that the default judgment by Justice Munangati-Manongwa was issued in error.”

On the personal costs, the court considered that the conduct by the appellant warranted an order of cost on a higher scale. The court was of the view that the appeal should not have come this far and should not have been persisted with when it was apparent from the beginning that DMH were not representing the Al Shams Global BVI and that the order directing service on that firm had been rescinded by consent earlier this year.

“In the result it is ordered . . . the appeal be and is hereby dismissed with costs on the scale of legal practitioner and client,” ruled Justice Garwe. Adv Lewis Uriri, appearing for Al Shams Global BVI, had asked for punitive costs, saying Equity Properties displayed unmitigated abuse of court process, warranting costs at legal practitioner client scale.

Equity lawyer Mr Charles Kwaramba had a torrid time trying to explain the circumstances under which his client obtained the default judgment against Al Shams Global BVI.