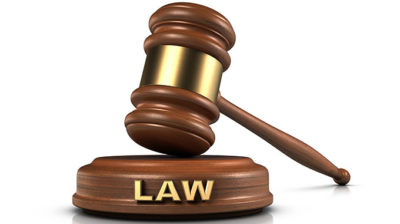 A SELF-STYLED 29-year-old Gweru prophetess, Juliet Masakaire who sexually abused a woman she met in the city in January this year, was yesterday slammed with an effective nine-year jail term for aggravated indecent assault.

The two counts of sexual abuse were treated as one by Gweru regional margistrate Phathekile Msipa who sentenced Masakaire to two years.

However, on the third count, Msipa sentenced her to nine years before suspending two years.

In her ruling, Msipa said the aggravating circumstances outweighed the mitigatory features, hence a custodial sentence was necessary under the circumstances.

The State case was that in January this year, Masakaire met the complainant before offering her accommodation.

On an unknown date in February, she prophesied that the complainant was going to get married to a man that the accused named.

After her prophecy, Masakaire began to speak in a deep male voice during the night on four different occasions, telling the complainant that she wanted to marry her.

She is also said to have sucked the complainant’s breasts on two occasions.

On another day during the same month, the convict kissed the complainant and inserted fingers into her (complainant’s) privates.

After the act, Masakaire told the complainant that if she dared reveal to anyone what had happened, she would not meet her future husband.

But on March 22, the complainant narrated her ordeal to a churchmate who informed church elders and police, leading to Masakaire’s arrest.