‘Prove abduction or go to jail’ 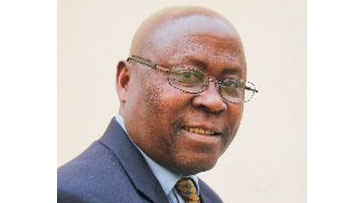 In an interview, Ambassador Mathema said there was a systematic plan to discredit the Government ahead of the United Nations General Assembly being attended by President Emmerson Mnangagwa in New York, United States.

The Minister’s comments come on the heels of several days of allegations of abduction of Dr Peter Mugombeyi, who has since been found unharmed and is admitted at a local hospital for observation.

Ambassador Mathema said there were foreign elements working with opposition political parties, like the MDC Alliance, to create false abduction cases in order to soil the name of the Government.

Dr Magombeyi was found in Nyabira amid claims that foreign embassy officials were deeply interested in the matter, raising suspicion that they could be behind an operation to discredit the State in a desperate bid to justify continued isolation of Zimbabwe.

“We need to craft laws to penalise anyone who makes false allegations against the Government.

“Anybody who lies against the State must go to jail. We can’t have a situation where anyone can say anything and walk scot-free. This nonsense must stop,” said Ambassador Mathema.

He dismissed Dr Magombeyi’s abductions claims as “outright lies” adding that those who made the claims, will be made to account for their words and actions.

Ambassador Mathema said the allegations caused panic and disturbed internal peace as well as relations with other countries.

He said it was prudent that new laws be gazetted to govern the use of social media.

“May I caution the media, human rights lawyers and civic organisations against interfering with police investigations through issuing unverified statements, some of which border on obstructing the course of justice,” he said.

“My ministry is committed in ensuring that the police conduct comprehensive investigations with a view of clearly unearthing what happened in Dr Magombeyi’s case.”

He said the doctor was in a local hospital.

“A medical report is not yet complete. Dr Magombeyi was still under medical observation,” said senior assistant commissioner Nyathi.

The Sunday Mail sought to interview Dr Magombeyi on Friday at a local hospital but was barred by the doctors lawyers and hospital security.