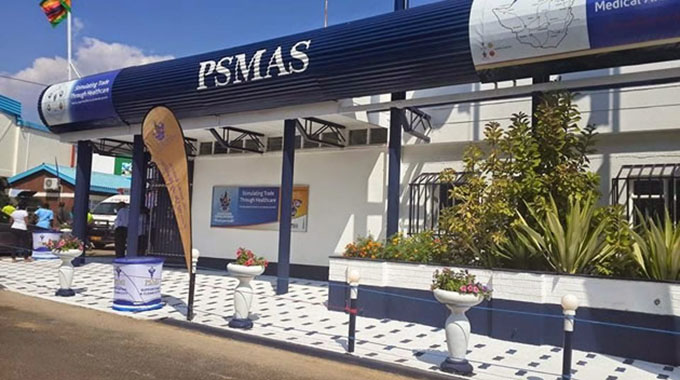 THE Special Anti-Corruption Unit (Sacu) in the Office of the President and Cabinet has launched an investigation into long-running Premier Service Medical Aid Society (PSMAS) corruption scandals, which may claim the scalp of senior executives at the entity.

Mr Tabani Mpofu – a renowned lawyer who leads the crack unit – confirmed the probe.
He said: “We have received complaints of corruption allegations against PSMAS. We have referred the matter to the relevant investigating institutions. The probe is on.”

PSMAS has for long been under the spotlight for alleged corruption, which could have siphoned millions of dollars at the expense of service delivery.

Subscribers, numbering over 700 000 who are mostly civil servants, have largely been inconvenienced as service providers have been rejecting Psmas medical-aid cards owing to rising defaults.

A forensic audit conducted in 2016 also exposed how PSMAS lost millions of dollars as company bosses splurged on bonuses, which were outside the payroll.

Mr Mpofu said his office was keeping a hawk’s eye on the PSMAS investigation to ensure a logical conclusion.

“I am monitoring the probe very closely with a view of preferring corruption charges against those who are facing allegations and warrant to be brought before the courts,” he said.

Sacu said the PSMAS scandal generated a lot of interest due to its impact on thousands of civil servants who depend on the company for health care.

“We are taking this case very seriously; information keeps coming in from all corners. It’s a long outstanding issue dating back to the days of the First Republic.

“It’s a matter we want to bring before the courts without further delay.”

Mr Mpofu said the fight against corruption was a long and hard battle which required maximum efforts since it’s deeply entrenched.

“The public demands quick results, but let it be known that accused persons pay for legal services; thereby, prolonging the process. “However, eventually all these corruption cases will be finalised. The fight against the rot will be won; certainly,” he said.

The Sunday Mail Business gleaned the latest dossier, which outlines a litany of allegations against the PSMAS management.

The document, which was compiled by disgruntled PSMAS workers and subscribers, red flags personal loans awarded to managers.

It also alleges that the PSMAS procurement process is not transparent.

Some executives, it claims, could be using briefcase companies to siphon money out of the medical aid society.

Further, some PSMAS board members are accused of using their influence to secure jobs for their close relatives.

Part of the dossier reads: “It is our hope that the Presidential Anti-Corruption Crack Unit will support our wish to eradicate this cancer and support President Mnangagwa to build an upper middle-class economy (by 2030) and be open for business without fear of corruption.

“Our prayer is that this document is given serious attention and all the listed issues be investigated and let the law take its course.”

The workers are also recommending the suspension of top executives in order to pave way for investigations.

It recently emerged that a jaw-dropping US$3 million was spent on designer suits for top executives, fuel and curious information communication technology (ICT) upgrades.

The company is alleged to have spent more than US$75 000 on designer suits for company managers, including buying ladies’ fashion coats, casual shirts and slacks for two employees.

The company also shelled out more than US$100 000 on fuel for board members, management and staff.

It is, however, the ICT upgrades that haemorrhaged the company the most. Documents show that on June 2 2017 then-managing director Engineer Tendai Kapumha signed for ICT upgrades worth US$2,6 million (through PSMAS purchase number 22122), of which US$1,1 million was to be paid in advance.

Two years ago, The Sunday Mail also exposed how PSMAS top executives bought luxury vehicles at a time when workers’ salaries were slashed.

The fight against corruption has been one of the key issues listed by President Mnangagwa in the Second Republic as Zimbabwe marches towards an economic turnaround under Vision 2030.