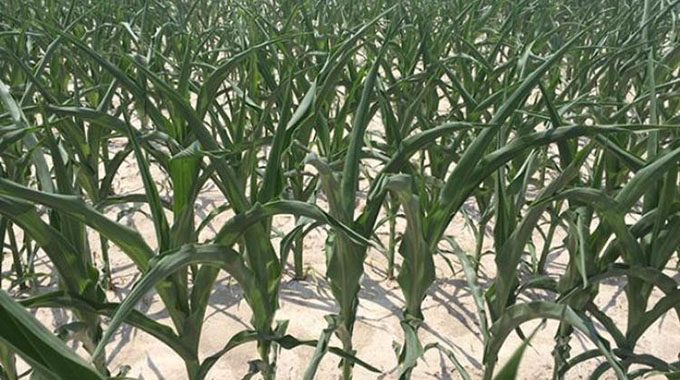 More than 80 percent of Zimbabwe’s rural people depend on rain-fed agriculture for a living, and this makes them highly vulnerable to extreme weather associated with climate change

Rumbidzayi Zinyuke Senior Writer
Zimbabwe has launched a public consultation process on a draft National Adaptation Plan (NAP) that aims at strengthening the country’s response to climate hazards such as floods, storms, water scarcity and droughts among others that it is increasingly facing.

Adaptation is the process of preparing for the impacts of climate disruption, including preparations for events such as flooding, water scarcity, drought and other extreme weather conditions that may affect the country.

The first step began with the holding of a capacity building stakeholder consultations on climate change vulnerability and adaptation, which was held in Mutare recently.

Acting Director in the Department of Climate Change Management within the Ministry of Lands, Agriculture, Water, Climate and Rural Resettlement Kudzai Ndidzano said the workshop was meant to gather a multi-sectorial input on the level of vulnerability in communities and come up with sustainable adaptation measures.

He said the consultation was part of two projects, the Fourth National Communication Vulnerability and Adaptation Assessment Report that is supposed to be submitted to the United Nations Framework Convention on Climate Change, as well as the validation of the NAP process.

“The assessment report will then be used when we engage the international community on climate change issues to demonstrate how vulnerable we are and also to mobilise resources for implementation of adaptation actions,” he said.

The formulation of a National Adaptation Plan for Zimbabwe demonstrates the country’s long-term commitment to increasing the resilience of Zimbabwe by enhancing the preparedness and capacity of all Government levels to respond to the impact of climate change.

The consultations are coming at a time when the country received a $3 million grant from the Green Climate Fund for the formulation of the NAP, a process that helps countries conduct comprehensive medium-and long-term climate adaptation planning.

The department has since hired a set of consultants, who are expected to identify institutions and stakeholders to follow up on and gather more information on the possible adaptation options.

“This will be done on a consultative process from the district up to the nation level, in consolidation of a national document that will guide adaptation planning. It will aim to also integrate climate change into national and sectorial development plans,” said Ndidzano.

Zimbabwe is currently implementing the Transitional Stabilisation Programme (TSP), which highlights the need to integrate the necessary mitigatory measures into national policies, strategies and planning, to strengthen resilience and adaptive capacity to climate-related hazards and natural disasters.

Ndidzano said the next plan to guide the country’s development trajectory from 2021 to 2025 should make more provisions for climate change adaptation, and this should also be factored into various sectorial plans for agriculture, energy and industrial development policies and strategies.

Under the Fourth National Communication, Zimbabwe will this year conduct a detailed study of Muzarabani, Chimanimani and Chipinge districts.

“The choice of Manicaland was informed by the recent Cyclone Idai, so we wanted to get as much input from the provincial leadership on what actions they believe should be implemented.

“A detailed study will be undertaken for Muzarabani, Chimanimani and Chipinge, and will have a high-level national outlook on the level of vulnerability and adaptation in Zimbabwe,” Ndidzano said.

Presenting on the NAP Readiness project, NAP coordinator Emily Matingo said the process sought to put in place systems that will enable the mainstreaming of climate change issues by the time the Climate Change Bill is enacted.

“This project is coming in to set systems in place.

“It will focus on the medium-to-long term activities. We are going to launch a small grant that will focus on enhancing the capacity of selected Government stakeholders at sub-national level on how they can enhance their capacity on mainstreaming climate change,” she said.

“This will be done in collaboration with selected universities so that by the end of the three-year project, we can safely say in each district, we have people that are conversant on how one can actually mainstream climate change to ensure that by the time the Bill is set, people are well prepared to implement it.”

Zimbabwe is aiming to reduce carbon emissions, ensure that the country’s food production system is resilient and ready to adapt to future climate risk.

Farmers, Government departments and other key stakeholders are expected to be at the forefront of dealing with the impact of changing climate in their everyday activities.

“The draft Adaptation Plan is expected to highlight a number of case studies from parts of the country, identifying how the sectors are and will continue to be impacted by changing weather patterns and steps towards building resilience.

“Feedback on the plan and suggestions as to how the department and the sector itself can best prepare to operate in a changing climate are expected to be captured from the open consultations.

In all these policies, it is hoped that a well-adapted society, economy and environment will bring important benefits to the well-being and prosperity of Zimbabweans, helping deliver a greener, fairer and more prosperous nation.

In addition, the three policies also aim to make the country more resistant to climate pressures and help it meet its international carbon-cutting pledges.

Zimbabwe’s National Climate Policy aims to help the country begin to get the correct legal framework in place to guide businesses on how to become greener and follow the international Paris Agreement.

In addition, the policy aims to accelerate mitigation and adaptation measures by developing low carbon development pathways in the industrial, water, energy, waste, agriculture, land use, land use change and forestry sectors among others.

The climate policies are all in line with other Government policies and programmes aimed at promoting climate resilience, food security and sustainable development.

More than 80 percent of Zimbabwe’s rural people depend on rain-fed agriculture for a living, and this makes them highly vulnerable to extreme weather associated with climate change.

Tropical Cyclone Idai brought heavy rainfall and strong winds to Malawi, Mozambique and Zimbabwe between March 5 and 19, 2019, causing severe flooding which led to loss of lives, destruction of infrastructure, disruption of livelihoods and destruction of crops.

It is estimated that close to 780 000ha of croplands in the three countries were destroyed by the cyclone, with the majority of this area being in Mozambique.

Dams and wells were also damaged, and livestock were washed away.

On April 11 this year, SADC launched a US$323 million appeal to support the disaster response and recovery efforts related to Tropical Cyclone Idai impacts.

In addition, Zimbabwe, together with other SADC countries, recorded the lowest rainfall in nearly four decades in the 2018-2019 cropping season, sparking fears of increased food insecurity and water shortages in the region.

According to the country’s submissions to the United Nations Framework Convention on Climate Change, most of Zimbabwe’s climate-changing emissions come from burning fossil fuels for energy, from agricultural production, and from waste handling and industrial processes.

The new climate policy aims to help cut emissions by industry, energy producers, agriculture, and deforestation, among other sources.

Zimbabwe ratified the United Nations Framework Convention on Climate Change in 1992, committed to deal with climate change based on the principles of the convention, including protecting the climate system for the benefit of present and future generations on the basis of equity and common, but differentiated responsibilities and respective capabilities in light of national circumstances.