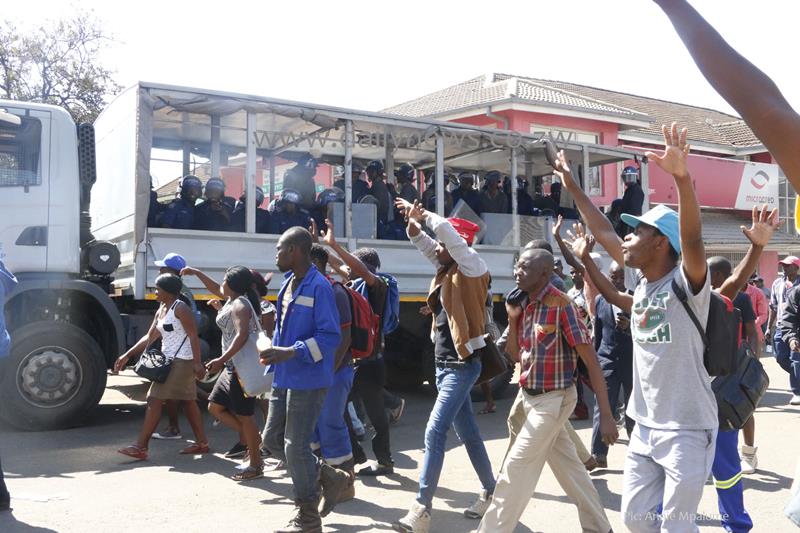 HARARE – The Harare Residents Trust (HRT) has called on government to punish rogue soldiers behind the August 1 killing of civilians in the capital.

In a recent report, HRT said the demolition of market stalls in central Harare impacted negatively on the livelihoods of vendors, adding that the burden of ending unemployment lied squarely upon government’s shoulders.

Vending stalls at Copacabana, Market Square and Fourth Street ranks were destroyed by government agents following the demonstrations that rocked Harare on August 1, resulting in the death of seven people.

The protesters were aggrieved by delays by the Zimbabwe Electoral Commission in releasing presidential results and its alleged bias, against MDC Alliance leader, Nelson Chamisa.

Blood was shed after government unleashed gun-wielding soldiers on the protesters.

“The violence left a trail of destruction, and six lives were lost. Vendors’ livelihoods were severely affected. There is negative peace as people expressed fears for their lives, and resentment towards the State was apparent,” reads part of the report.

“Despite the destruction of the vendors’ market stalls, the money changers remain alive and conducting their business in the full glare of the public.”

The residents pressure group said the destruction of the vendors’ market stalls was insensitive, unjustified and increased the vulnerability of the poorest members of society.