SPEAKER of the National Assembly Jacob Mudenda has urged citizens to take their MPs to task to ensure they are vocal and articulate issues affecting their constituencies during debates in Parliament. 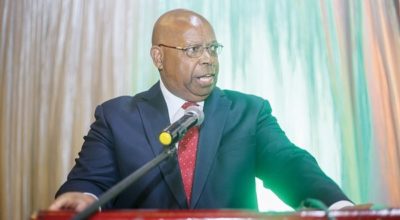 Mudenda made the remarks last week in Bulawayo while addressing members of civic society organisations (CSOs).

“You need to question your MPs on why they remain silent as if they are not there when they are there in body. Citizens cannot hope to influence Parliament unless they are fully informed about what they are doing. Neither will they be able to hold their representatives to account,” Mudenda said.

“CSOs and the church should make sure they engage Parliament.”

Mudenda also urged citizens to follow parliamentary debates so that they are aware of the performance of their MPs. He said some MPs were absentee legislators who looked for people during voting time.

“What I am trying to say is that after you have sent your MPs to Parliament, and if they do not come back to you with feedback, go back to them again and ask where the feedback is,” he said.

The Speaker said some citizens did not even know their MPs.