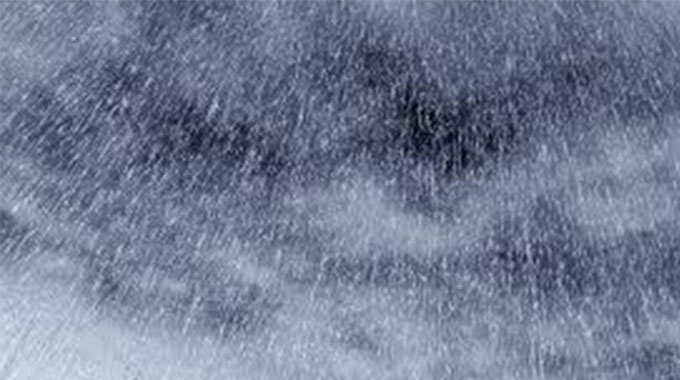 Sharon Chimenya
PROPERTY worth thousands of dollars was destroyed in different parts of Masvingo Province by heavy rains accompanied by hail and strong winds that have been pounding most districts.

According to a report from the Masvingo Provincial Development Co-ordinator’s office, some of the affected schools are in Bikita, Chivi and Gutu districts.

The report indicated that the rains affected classroom blocks and teachers’ cottages whose rooftops were blown off while some walls collapsed.

In Gutu, the report indicated that a classroom block had its roof blown off at Guzha Secondary School in Ward 19 resulting in textbooks being destroyed.

Another classroom block at Magadzire Primary School in Ward 9 was also destroyed.

In Chivi District, the report read that three schools were affected with property worth $72 325 destroyed.

Maramba Primary School in Ward 6 had one of its classroom blocks’ roof blown off resulting in damage worth more than $55 000.

Gwamakunguvo Secondary School had its administration block ridges blown off, school gate pulled down, a 5 000-litre Jojo tank from its platform.

Eight teachers’ houses were affected with 24 roof sheets blown from the buildings resulting in property worth $63 700 damaged. Bvute Primary School suffered $3 030 worth of damage after roof sheets to one of its classroom blocks were blown off.

In Bikita, the report read that school property worth more than $100 000 was destroyed.

The destruction was noted at Birivenge High School where asbestos roofing sheets to the school science laboratory, a Form 2 classroom block and two teachers’ cottages got damaged.

The school staffroom had two pairs of ridges and a ceiling board destroyed. The damage is estimated at $24 443, 67.

At Masekayi High School, an administration block and 18 pairs of ridges were affected with the damage estimated at $61 604, 82. Gwariro Primary School suffered damage to a classroom block which had two pairs of ridges worth $5 044, 98 destroyed.

At Maboke Primary School, asbestos sheets to a classroom block were damaged while the school office iron sheets were blown off leaving damage estimated at $9 600.