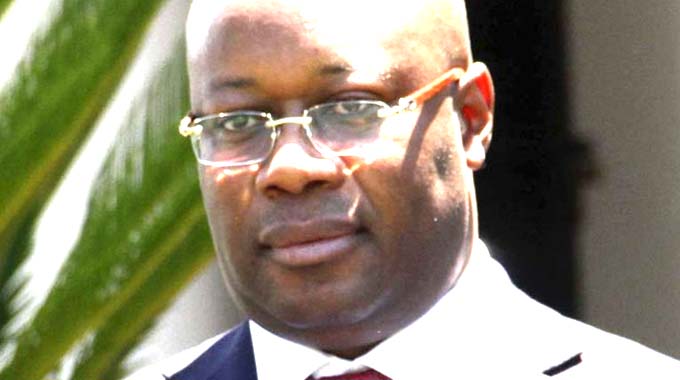 Extensive resource definition and quantification works being undertaken by Russian firm, Alrosa, at the Malipati Diamond Project in Matabeleland South, have revealed a rare and high value species of diamonds that have potential to change the face of Zimbabwe’s gem industry.

Alrosa, the Russian diamond behemoth, is the world’s largest gem miner with an annual turnover of more than 35 million carats, is exploring for diamonds in Matabeleland South having signed a diamond investment deal that gave birth to Alrosa Zimbabwe.

Alrosa has already moved on the ground for exploration works, which includes aero-magnetic surveys and it is from these that the miner has seen potential for Type II diamonds.

The Type II diamonds have no nitrogen impurities within their build and often fetch much higher prices and are between one and two percent of the world’s total diamond resource base.

Speaking after a tour of the project by Mines and Mining Development Minister Winston Chitando on Monday, ZCDC board chairman Mr Wellington Pasipamire said although there is still a lot of work to be done in terms of resource definition, there is evidence for a compelling resource.

“There is a very interesting discovery of what they call the Type II diamond, which is a rare occurrence, which is free of nitrogen and exhibits high value in the market,” said Mr Pasipamire.

“Ordinarily you get your Type I diamonds, which have nitrogen and carry less value. So as a kimberlite pipe we are confident that probably we will extract something out of this project,” said Mr Pasipamire.

He, however, noted that there is no case for easily accessible alluvial diamonds and said mineralisation is of rather capital intense deep-seated kimberlitic deposits.

This has still not deterred project development as Alrosa has the requisite financial wherewithal to finance commercial exploitation.

So far, the investor has been given access to seven special grants (SGs) but there are discussions to further increase these to 40 SGs.

This has in turn excited parties to the joint venture against the background of the 10 million carats target under the mining sector’s US$12 billion milestone.

“If you look at the capabilities of Alrosa and them being the biggest diamond player, they have sufficient capacity to deploy the capital expenditure that is required for projects of this nature.

“Generally, you don’t venture into a complexly risky project of this nature without having done the necessary risk assessment and capital deployment parameters.

“As ZCDC in partnership with Alrosa, we are very optimistic that it is very possible to achieve the 10 million carats (annual target). Remember we are not just looking at this project alone with the Alrosa team, we are forecasting on 40 special grants in the totality of the Alrosa project.

“So when you look at the actual valuation of each of those special grants, I think it is very humble for us to estimate 10 million carats (annually), its just a conservative estimate but we are headed for victory in terms of that threshold,” he said.

Minister Chitando said such projects are a culmination of investment attracting strategies by President Mnangagwa such as the relaxation of the previously stringent indigenous regulations.

“The ‘Zimbabwe is open for business’ mantra came up with amendments to the indigenisation regulations which previously was 51 (percent for locals) and 49 (percent for foreigners) and it really did not work in terms of attracting foreign direct investment,” said Minister Chitando.

“So that was amended and it enabled to have a huge inflow into the country and the US$12 billion we are talking about is on the basis of huge foreign investment,” he said.