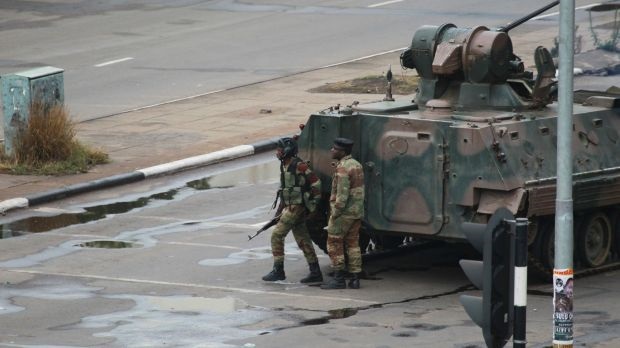 Rights groups have challenged President Emmerson Mnangagwa to immediately send the country’s soldiers back to their barracks, amid heart-rending claims of continuing savage beatings and harassment of innocent civilians.

This comes as authorities are readying for a potential second wave of riots, which the government claims are being sponsored by the opposition and “hostile” Western governments.

Rights groups and the country’s main opposition said it was unacceptable that soldiers continued to assault and harass Zimbabweans going about their normal business.

MDC party spokesperson Jacob Mafume said the deputy mayor of Chitungwiza had been abducted on Sunday, before being dumped at Makoni Police Station — amid further reports of beatings of senior opposition officials in the sprawling township.

“It’s an onslaught on unarmed civilians, who are being taken from their homes. It’s so unreal that one wishes it was a nightmare.

“It’s like God has forsaken Zimbabwe and … the devil is now in charge,” a pained Mafume told the Daily News.

“Military atrocities are continuing in Zimbabwe every day. World, why are you quiet?” Coltart said on his Twitter handle.

The Zimbabwe Human Rights NGO Forum said it was worried by the continued presence of soldiers in high density suburbs despite assurances by the government that they would be withdrawn.

“We are concerned by the presence of the army in most high density suburbs … the Constitution must be observed and the army should return to the barracks,” its executive director Blessing Gorejena said.

Meanwhile, the Matabeleland Collective — a civic grouping comprising 66 organisations — has accused the government of aiding and abetting human rights violations in the country by not withdrawing soldiers from high density suburbs.

“The government must withdraw the army as a matter of urgency. Why use the army when the police are there? The police should be the ones dealing with civilians, not the army.

“We also need proper procedures for those arrested, with their human rights being observed,” Dumisani Nkomo, spokesperson of the grouping said.

Last week, the Matabeleland Collective also alleged that at least 1 000 people had been tortured by security forces in a vicious clampdown against dissent in the country’s second city.

An estimated 620 people had also been arrested in Bulawayo during the crackdown against protesters, who heeded a three-day stay-away organised by the Zimbabwe Congress of Trade Unions (ZCTU) a fortnight ago.

At least 12 people were killed and hundreds others seriously injured when angry demonstrators clashed with security forces during protests over the recent steep fuel price hikes.