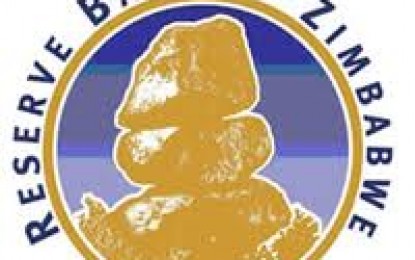 THE Reserve Bank of Zimbabwe (RBZ) has allocated US$28 million to millers in about 12 months for the importation of wheat.

According to a statement released by the Grain Millers Association of Zimbabwe (Gmaz), the imported wheat was used to complement the country’s local wheat and to supply bakers with flour nationwide.

Gmaz chairperson Tafadzwa Musarara said they remain indebted and grateful to government and the RBZ for the support, despite the chronic inadequacies, for prioritising imported wheat payments.

Gmaz was on Tuesday summoned to appear before the parliamentary portfolio committee on Lands and Agriculture to explain the support that government is rendering to the grain and wheat sectors in the wake of continued food insecurity in the country.

The committee, chaired by Zanu PF Member of Parliament for Gokwe Nembudziya Justice Mayor Wadyajena, wants Gmaz to provide its constitution as well as its full membership including senior executives, among several other documents.

It also wants Gmaz to avail a schedule of RBZ allocations and or payments for both wheat and grain from the period January 1, 2015 to March 11, 2019; list of all beneficiaries who have been allocated wheat or grain and the criteria used and proof of all wheat and grain acquittals at the ports of entry into Zimbabwe from money allocated or paid by RBZ.

The committee also requested that Gmaz avails to it a comprehensive list of contact details of all wheat or grain suppliers and quantities purchased from each supplier from the period January 1, 2015 to March 11, 2019.

This comes after Zimbabwe’s major wheat supplier Holbund Limited threatened to cut supplies due to non-payment by the cash-strapped government.