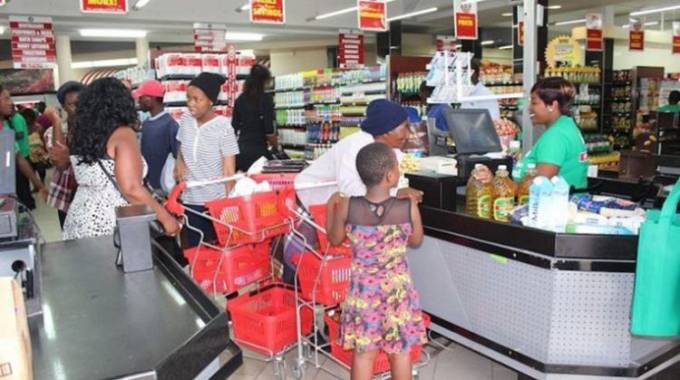 THE Reserve Bank of Zimbabwe (RBZ) has deployed a team of price monitors to assess compliance with the recently promulgated law which makes the Zimbabwe dollar the sole legal tender for domestic transactions.

Last month, Government discontinued the multi-currency system, which essentially made the US dollar the de facto currency for transactions.

But some businesses are reluctant to comply with the new law.

Reserve Bank of Zimbabwe Governor Dr John Mangudya said there was a need for businesses to comply.

“Our request is for them (businesses) to respect consumers by complying with the country’s laws. We need to cherish discipline for the national good. Our teams are now on the ground to foster compliance by all businesses,” said Dr Mangudya.

A survey by our Bulawayo Bureau indicated that some businesses, including fuel service stations, were insisting on the US dollar.

Shops in Matabeleland South province, particularly in rural areas situated along the country’s border with neighbouring countries such as Botswana and South Africa, are reportedly still transacting in foreign currency, especially the South African rand.

Confederation of Zimbabwe Retailers president Mr Denford Mutashu said the association was not in a position to defend any business found liable to contravening the new law.

“Anyone found selling goods in forex, which is outlawed, is breaking the Exchange Control Act and laws of the country. As you may have heard from the President (Emmerson Mnangagwa), Government will soon crack the whip as an association, we will not stand in the way,” he said.

He, however, said there was a need to curb the existing price distortions across the value chain.

“The pricing regime in the country has got to be investigated right through the value chain in view of the unjustified price increases obtaining across general economy,” said Mr Mutashu.

Prices of some basic commodities such as bread, cooking oil, mealie-meal and Mazoe Orange Crush, have marginally dropped in the past week.

“We are happy that there are changes being seen in formal shops, but we expect prices to go down even further than that and we want to see reduction of all prices, not certain prices. Retailers were saying they are buying foreign currency from the black market at high rates, but the black market is almost dead, so the prices must fall,” she said.