THE Reserve Bank of Zimbabwe (RBZ) has directed all mobile money service providers to cross over to Zimswitch Technologies (Pvt) Ltd as their national payments switch with immediate effect. 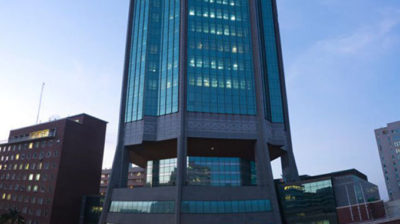 It remains to be seen whether Econet, which enjoys a lion’s share of the mobile money market and is locked in endless tussles with the authorities, will abide by the directive or challenge it in court.

Zimswitch is a payments technology company founded in 1994 through a collaboration of several local banks. According to Zimswitch’s website, the company has a membership of 24 participants which include banks, mobile network operators and third-party payment systems.

“In accordance with the provisions of the National Payment Systems Act [Chapter 24:23] and the Banking (Money Transmission, Mobile Banking and Mobile Money Interoperability) Regulations, Statutory Instrument 80 of 2020 (the Regulations), the Reserve Bank of Zimbabwe (the Bank) wishes to advise the public that it has designated Zimswitch as a national payment switch with immediate effect,” said RBZ governor John Mangudya, in a statement on Thursday.

“All mobile money transmission providers and mobile banking providers are hereby directed to be connected to Zimswitch as provided for by section 4 of the Regulations.”

He added: “To ensure seamless integration, all money transmission providers and mobile money providers must complete the necessary installation or deployment or commissioning of infrastructure and connection protocols, credentials and documentation for connection to Zimswitch by no later than 15 August 2020.”