RBZ in market with second TBs 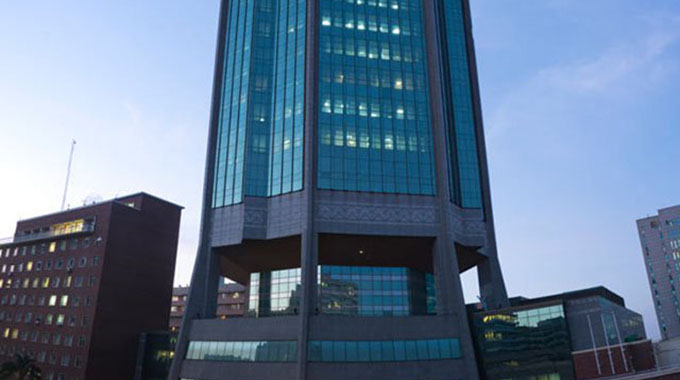 The Reserve Bank of Zimbabwe  (RBZ) yesterday returned to the capital market with Treasury Bills  (TBs) for the second time this month to raise $60 million.

At the beginning of the month, the central bank floated 91-day bills worth$30 million which was overwhelmingly oversubscribed.

The latest issue is a 365-day instrument whose purpose is to mobilise  funding on behalf of the Government to finance its programmes, mainly capital programmes as it now runs a primary budget surplus on day-to-day spending.

While the first public TBs were restricted to banks only, the target  market for the second issue has been widened to include asset managers, insurance and pension funds and “other corporates”.

The bills, which have an “open tender on yield basis” interest rate,  have other special features which include prescribed and liquid asset  status, tax exemption and acceptability as collateral for overnight  accommodation at the RBZ.

The offer opened yesterday and closes on Thursday, with allotment  set to be done on the closing date.

“Applications must be for a minimum of $1 million,  the central bank said, adding the number of bids per investor were  restricted to two.

Treasury Bills are considered one of the safest forms of investment in  the world as they are issued and backed by governments with little  risk of default when it comes to payment on maturity.

Finance Minister and Economic Development, Professor Mthuli Ncube has  insisted the issuance of the TBs would strictly be to finance  Government  operations.

“Going forward, Government borrowings for budget purposes will observe  the new TBs auction framework in order to promote transparency and the  rebuilding of market confidence,” he said, presenting the Mid-term  Budget Review early this month.

Issuance of TBs a few years ago became highly controversial as  Government racked up billions in debt through the instrument as well as  a central bank overdraft facility to bridge its budget deficit.

Besides gauging market interest, Minister Ncube has said the TBs auctions  are also meant to assist in mapping up yield curves ahead of bigger  auctions that seek to mobilise funds for infrastructure development.

For the first auction¸ the highest interest rate offered was 40  percent, while the lowest was 15 percent, with the average rate being  15,6 percent. —  New Ziana.