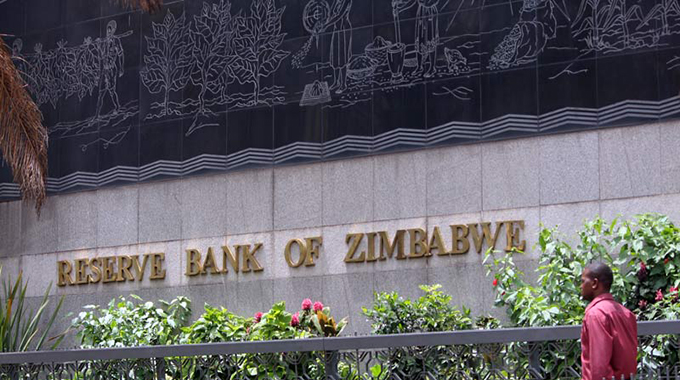 Judith Phiri, Business Reporter
THE Reserve Bank of Zimbabwe (RBZ) has started rolling out stakeholder consultations locally and internationally in preparation for the drafting of the National Financial Inclusion Strategy (NFIS) 2 (2021-2025) which will focus on accessibility, use, quality, innovation and sustainability.

Speaking during an online webinar on the State of Financial Inclusion in Zimbabwe last week, RBZ bank supervision division deputy director, Mrs Rachel Mushosho said they were in the process of drafting the NFIS 2 after NFIS 1 had gained momentum in the last five years.

“NFIS 1 launched in March 2016 came to an end on December 31, 2020. It was reviewed and we came up with a financial inclusion journey report that highlighted the successes, challenges and recommendations of the NFIS 1 and its evaluation was completed at the end of February to beginning of March. We are in the process of drafting NFIS 2 and we will be approaching the relevant stakeholders,” said Mrs Mushosho.

She said the bank had commenced consultations for NFIS 2 within the country and outside with the assistance of an international policy institute and public policy network, Alliance for Financial Inclusion (AFI). Mrs Mushosho said that they were getting assistance from AFI because the organisation has experience, exposure and had also assisted many countries in coming up with national financial inclusion strategies.

“We need to understand from those who were able to transition from their phase 1 to phase 2, so that we get to know how they did it and what were the processes. Organised by the AFI our team has also been taken through training which was done by the Bank of Tanzania because they have since moved to NFIS 2. So, we are hoping that we will be able to launch NFIS 2 this year that will be running from 2021 to 2025,” she said.

Mrs Mushosho said in view of the Covid-19 pandemic, the financial sector had realised the importance of technology in financial services such as financial innovation, fintech, financial literacy, consumer protection and education. She also said that for NFIS 2 they were also going to focus on age disaggregated data after having noticed that sex disaggregated data was insufficient to inform the framework they come up with for collection of disaggregated data.

She said RBZ and Government had taken measures to enhance the credit infrastructure in the country through establishment of a central credit registry.

Mrs Mushosho said the vision was to expand to also include other organisations such as utility companies so that if a banking institution wanted to lend to a person, they would have a holistic picture of the credit worthiness of their potential client.

Another development, she said, was the establishment of the fintech regulatory sandbox portal a framework set up by RBZ that allows Fintech startups and other innovators to conduct live experiments in a controlled environment under supervision.

Looking at the State of Financial Inclusion in Zimbabwe from the insurances and policies perspective, Insurance and Pensions Commission (Ipec) public relations manager, Mr Lloyd Gumbo said a FinScope survey was critical to inform where the country was at in terms of the percentage of the population insured in Zimbabwe. He noted that in their 2019 survey they gathered that 71 percent of the population knew about the insurance but only 34 percent had insurance of some sort.

“Out of the 34 percent funeral accounted for 76 percent and motor vehicle insurance had 20 percent. A gap exists in terms of insurance inclusion. But some of the barriers has to do with issues of accessibility and affordability which financial inclusion seeks to address.”

He said that from the survey 59 percent said they could not afford insurance, 10 percent alluded to the fact that they do not get compensated while eight percent made reference to loss of value that happened due to the currency reforms of 2019. Mr Gumbo said since 2017 they have registered two dedicated micro insurers who are operating in the insurance industry.

He highlighted that Ipec was in the process of reviewing the Sadc inclusion strategy 2016 to 2020 which had lapsed.
“The entity has also been included in the reviewing process of the national financial strategy to make sure that lessons learnt from 2016 to 2020 and the gaps that we have identified which we need to fill in the new strategy,” added Mr Gumbo.

Securities and Exchange Commission of Zimbabwe (SECZ) head of investor education, Mrs Farai Mpofu said women and youth continued to be sidelined as stakeholders in terms of financial inclusion issues.