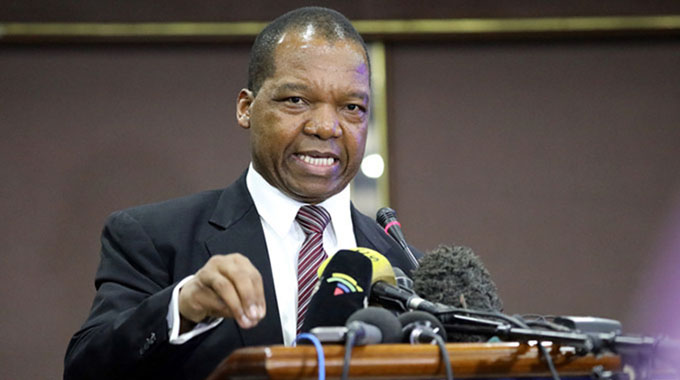 Golden Sibanda Senior Business Reporter
Reserve money continued to decline after falling by 3,3 percent to $11,4 billion in the week to August 21, 2020, as the Reserve Bank of Zimbabwe maintains a stranglehold on liquidity expansion to curtail inflation and ensure exchange stability, latest statistics reveal.

Statistics from the apex bank show that reserve money, funds held by banks and available for lending grew exponentially from $9,2 billion in January 2020 to $13,8 billion before tapering off to $12 billion in June.

The growth was back on the upward trajectory in July, rising to $16,6 billion before plunging down to $11,8 billion in the ended August 14, and further coming down 3,3 percent in the week ended August 21.

In a recent research note, the Confederation of Zimbabwe industries warned that growth in money supply posed the greatest risk to ongoing efforts by the Government to keep inflation under wraps, especially ahead of the summer cropping season, which relies heavily on State support.

Zimbabwe’s currency, reintroduced early last year after a 10-year hiatus, has taken a heavy battering from speculative activities of cash rich barons, and companies, which has seen it depreciates from $2,50 dollars to US$1 to the current rate of $83,30 against the US dollar.

The impact of this loss of value has manifested in the form of inflation, as prices tracked the movement in the exchange rate, while businesses used forward pricing strategies to hedge and remain afloat.

RBZ Governor Dr John Mangudya, is on record saying the bank will continue to maintain a tight leash on liquidity through its monetary targeting framework to contain inflation and to protect the local dollar.

The bank also introduced the auction system in June and took measures to further tighten the flow of speculative liquidity, including limits on mobile mney transfers used to trade in currencies, as part of cushioning the Zimbabwe dollar and keeping inflation in check.

Finance Minister Professor Mthuli Ncube has committed through his fiscal policies that the bank will take measures to support the monetary policy by staying within confines of the budget and not resorting to the central bank financing the national budget deficit.

But the World Bank warned recently that financing pressures emanating from the public sector wage bill, drought and Cyclone Idai in 2019 and the impact of the coronavirus, may exert serious pressures on expenditure leading to bigger budget deficit of 5,6 percent of GDP this year from 4 percent in the same period last year.

But authorities are confident that a good and successful agriculture will remove pressure on Treasury that has been forced to source foreign currency to import wheat, maize and other products.