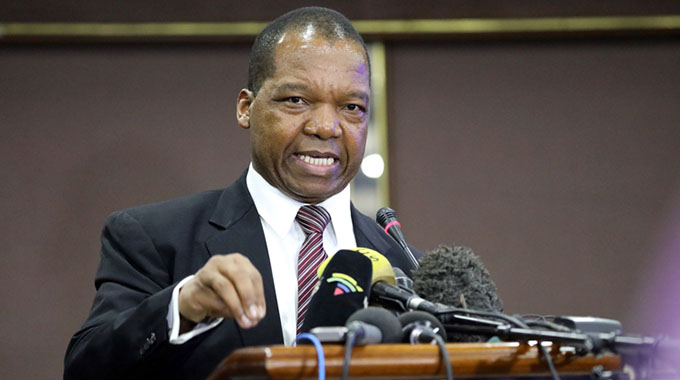 Last week the central bank cut the bank policy rate from 25 to 15 percent and the applicable rate on the medium-term bank accommodation (MBA) facility from 15 to 10 percent to lower the domestic cost of borrowing.

The measures are designed to breathe a fresh lease of life into the economy in the face of constraints emanating from the Covid-19 pandemic, which has forced several weeks of national lockdowns across the world.

RBZ’s monetary policy committee (MPC) met on 24 April and deliberated on a number of issues including the impact of Covid-19 on the economy and the necessary policy interventions to ensure that the economy remains on a growth trajectory.

“The MPC noted the compelling need to reinforce the first round of economic policy responses to the Covid-19 pandemic,” RBZ Governor Dr John Mangudya said in a statement released by the bank sometime last week.

However, no comment could be obtained from him yesterday. Estimates show that the global pandemic, which has killed over 340 000 and infected more than 3,5 million people across the globe, will plunge the global economy into a recession last seen before the World War Two.

Highly placed sources in the bank’s monetary policy committee (MPC) told The Herald  Finance & Business that the bank was mobilising resources from the open market for on-lending by banks; meaning there will be no money creation.

“We are mobilising the funding from the open market and giving to the bank at 10 percent. We have over $3 billion in the savings bond and we are paying 7 percent, so there is no new money creation,” the source said.

Keeping a stranglehold on money supply growth also comes as the bank will reportedly release new denominations from about mid this month.

The bank has recently been releasing $50 million physical cash per month into circulation to address shortages that have turned the notes and coins into a tradable commodity, with the total cash in circulation now at $1,4 billion.

This however, remains far below the standard levels of cash to total money supply, which can range anywhere between 10 percent and 15 percent.

Finance and Economic Development Minister Mthuli Ncube earlier this year said half a billion was going to find its way into the economy in the first half of 2020, but it would injected sparingly to keep Zimbabwe’s broad money supply — widely believed to be a major driver of inflation — in check.

Minister Ncube said the RBZ was tightening controls to maintain the leash on broad money supply, which also drives demand for foreign currency thereby pushing exchange rates up, making it a tool for inflation transmission.

Zimbabwe inflation has increased from 5,39 percent in September 2018 to 676,39 percent in March this year, have gone on a wild run since after reintroduction of local currency, from a multi-currency regime, in February last year, when the RBZ also floated the currency on the interbank market.

Dr Mangudya is on record saying the bank is this year targeting monthly inflation below 10 percent in the first quarter and cutting the annual rate to 50 percent by end of this year, barring the unforeseen impact of Covid-19.

The exchange rate has also galloped, maintaining an exponential downslide that has seen it plunge from $2,5 to the US dollar on being floated last year to a fixed US$1 to $25 in March, as part of efforts to tie down prices and enhancing pricing certainty following the Covid-19 outbreak.

Broad money supply stood at $34 billion by end of December last year, having raced past RBZ’s targeted growth margins of at most at 50 percent by October 2019.

Previously, laxity in managing broad money supply, including perennial budget overruns, and general money creation, have been blamed for fuelling or funnelling excess liquidity in the economy, which has caused rapid rise in inflation.