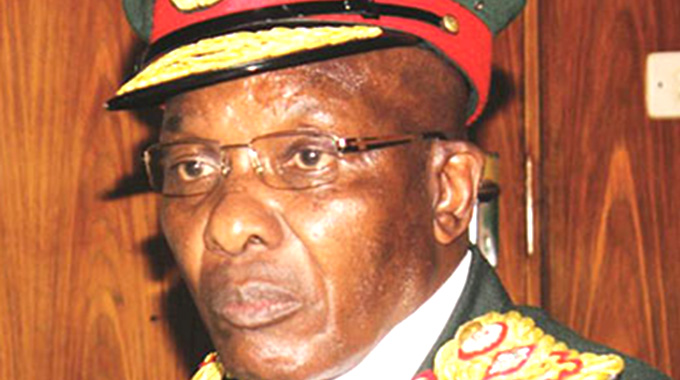 Columbus Mabika  and Wellington Dengu
The Zimbabwe National Army will continue to protect the country from perpetrators of violence who are pushing for regime change, ZNA Commander Lieutenant-General Edzai Chimonyo has said.

Speaking during a handover and takeover ceremony of command at Artillery Brigade in Domboshava yesterday, Lt-Gen Chimonyo said the ZNA will ensure that a conducive and tranquil environment prevails so that Government developmental programmes are achieved.

Brig-Gen Mangena has been reassigned to the Command Agriculture department.

“As security forces and guarantors of peace and security, we realise that the stability of the nation needs to be safeguarded from proponents of regime change who pride themselves in sowing seeds of disharmony and anger among our people,” said Lt-Gen Chimonyo.

“We will not be deterred from our constitutional mandate of defending Zimbabwe from both local and external forces of negativity.

“ZNA will ensure that a conducive and tranquil environment prevails so that Zimbabweans and visitors alike enjoy this beautiful country.”