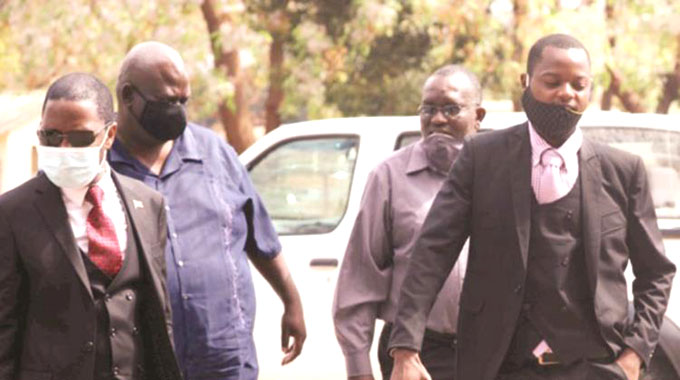 Herald Reporters
Suspended Registrar-General Clement Masango appeared before a Harare magistrate yesterday facing fresh charges of theft arising from allegations of abuse of fuel coupons worth over $100 000 from the Central Registry.

Masango was remanded in custody to today for his new bail application.

He appeared before magistrate Ms Marehwanazvo Gofa together with two other alleged accomplices, Benjamin Makiwa, who was a transport officer in the department and Arthur Mathews, who was Masango’s personal driver.

Makiwa and Mathews were arrested on Tuesday while Masango was arrested yesterday by a team from the Zimbabwe Anti-Corruption Commission (Zacc).

The three were not asked to plead, but the State led by Mr Lancelotte Mutsokoti, opposed bail.

It is alleged that between January last year and early this year, Masango took possession of four pool vehicles of the Central Registry Department for personal errands at his home and farm.

The State is alleging that Masango, acting with his co-accused, would corruptly request for fuel purporting that the vehicles were carrying out official finance and administration duties.

It is alleged that Masango would corruptly alter and issue overstated fuel quantities beyond those that would have been approved by the department’s chief accountant, Mr Peter Bwanya.

The State alleged that the scam prejudiced the department of over 1 400 litres worth more than $100 000.

It is the State case that in some instances, Mathews would redeem the diesel fuel coupons for cash, which he would convert to own use.

Masango is on suspension without salary and allowances after he was charged with criminal abuse of office as a public officer after allegedly instructing CMED to buy a double cab and six single cab pick-up trucks without Cabinet approval, before using them at his farm.

He has denied all the charges saying the process of buying the cars started long before he became Registrar-General and that payments were made before he assumed duty in September 2018.

Masango said he found no reason to seek authority from accounting officers as CMED is mandated to procure vehicles on behalf of Government.

He also denied misusing Government vehicles at his farm saying he only acquired the land in December last year.